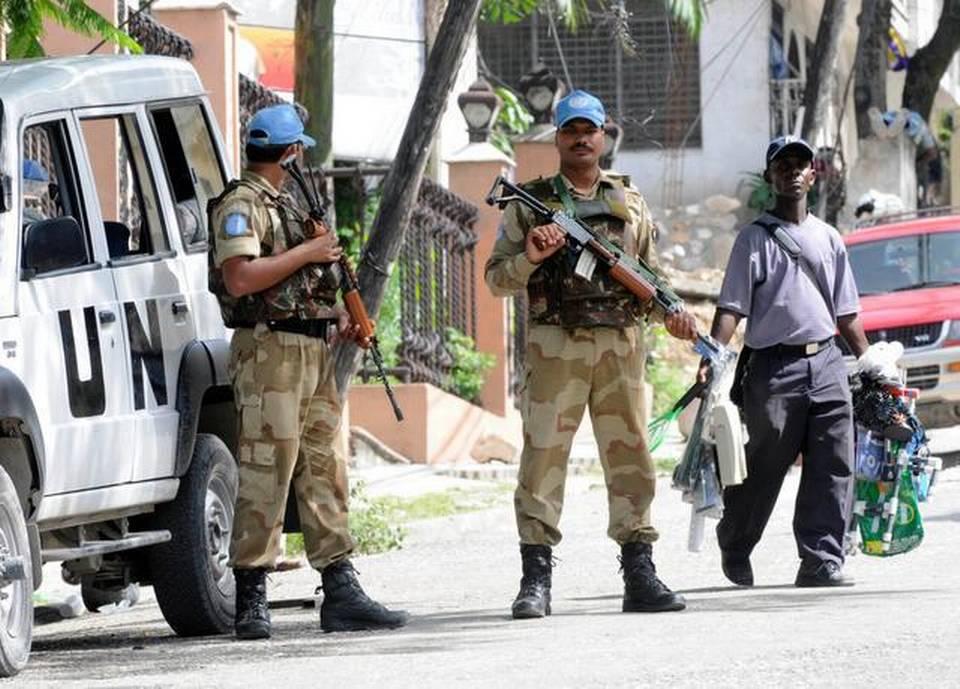 As a presidential candidate, Haitian President Michel Martelly campaigned on kicking out the United Nations blue helmet force that had been patrolling his nation’s streets since a 2004 political crisis caused violent protests.

Now charged with overseeing three elections in five months, Martelly on Wednesday pleaded with the U.N. Security Council for the peacekeepers to stay, hoping to delay a planned reduction of the 5,021 troops.

“The timetable for the withdrawal should be reassessed,” Haiti’s U.N. Ambassador Denis Regis said during the four-hour discussion on the scheduled reduction and reconfiguration of the U.N. Stabilization Mission in Haiti, known by its French acronym, MINUSTAH.

“At the same time,” Regis added, “the Haitian government would appreciate there be a bolstered [U.N.] police presence as well as a bolstered presence on the ground for increased support for the Haitian National Police and stronger participation in the daily task of security and protection of civilians.” 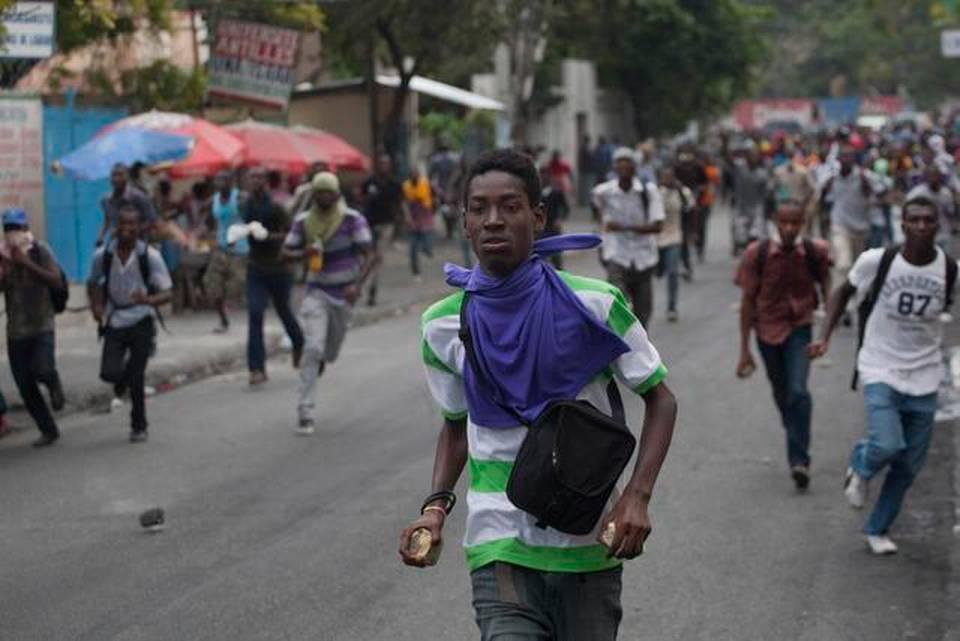 Martelly’s change of heart comes amid a resurgence in violence after months of relative stability, and growing concerns that the tense electoral period could trigger another crisis.

Security Council members, who reviewed Secretary General Ban Ki-moon’s latest report on Haiti, did not vote on the request, but they commended Haiti for setting a date for the long-delayed elections, and in improving its national police.

Martelly announced Sunday that the country would hold the first round of legislative elections on Aug. 9 with the second round on Oct. 25 alongside local and presidential elections.

If no one wins the presidency outright, a runoff would take place Dec. 27.

The announcement comes after the U.N., the United States and others in the international community stepped up pressure on Martelly to schedule elections following the ouster of his prime minister in December, and a new government led by longtime opposition leader Evans Paul was installed in January. That same month, the terms of most lawmakers expired, leaving Martelly to rule by decree.

In October, Security Council members agreed to slash MINUSTAH’s military force almost in half, which meant pulling troops from six of Haiti’s 10 departments by July 1. On Wednesday, the members were clearly divided as they encouraged Haiti’s leaders to assume greater responsibility in organizing the upcoming polls.

“We understand the concerns of some and in particular we take note of the request made by President Martelly to the Council,” said François Delattre, France’s permanent representative to the U.N. and president of the Security Council. “But we heard no argument that would justify the maintenance of the current level of resources nor against its draw-down and thus think that the time has come to do that which we decided in October.”

Dalattre said that it was time to start reflecting on “a Haiti after MINUSTAH.” His position, he said, wasn’t just about the Security Council keeping its word on the reduction, but also about its “confidence” in Haiti’s efforts to strengthen democracy and its police force’s ability to address security issues on its own.

Dalattre’s position was reiterated by the United Kingdom Ambassador Martin Shearman, who said, “Our support of the draw-down is evidence of our confidence in the Haitian National Police.”

While Haiti’s police show some improvement, they continue to need operational support from MINUSTAH, with requests growing in the past five months, the U.N. said.

The country remains fragile, according to U.N. and Haitian police statistics. For example, while kidnapping has decreased by 74 percent, homicides have increased by 24 percent as armed gangs fight for control of neighborhoods. In the Port-au-Prince metropolitan area, 76 percent of homicides were recorded and the number of rape cases also increased.

“We must necessarily avoid any premature disengagement which could create a security vacuum,” Regis said.

Sandra Honoré, head of MINUSTAH and the U.N. special representative in Haiti, said the mission is concerned about the increase in certain crimes, gang-related violence and public unrest.

“Particularly troubling is a spike in violence between rival gangs in the fragile commune of Cité Soleil and other parts of the metropolitan area of Port-au-Prince since the beginning of the year,” she told the Council. “The radical opposition has continued to criticize the recent political breakthrough and has not desisted from organizing anti-government demonstrations, calling for the resignation of President Martelly and capitalizing on social-economic grievances such as the recent general strikes over fuel prices and teachers’ salaries.”

Still, many worry, recalling that during 2010 presidential elections, the Haitian police collapsed, forcing the U.N. to improvise as allegations of fraud and violence created chaos that police weren’t always able to handle.

Argentina’s views were also echoed by Spain and Venezuela, which cited a March 9 letter from Martelly in which he made the request to the Security Council, and the Caribbean Community’s 15-member regional political grouping.

As the Security Council met, several political parties in Port-au-Prince registered for the polls, including Fanmi Lavalas, which was at one time the most powerful party in Haiti before it was barred from elections in 2004.

Samantha Power, U.S. ambassador to U.N., called on all of Haiti’s political parties to participate.

“The health of Haiti’s democracy depends on restoring a functioning legislature without further delay,” she said. “That is why it is so important that elections take place this year as planned, and that the government continue to use its extraordinary decree powers solely to administer elections and keep the state running.”

Power supports the troop reduction and called on MINUSTAH to determine the assistance Haiti will need to ensure that the elections are credible, fair, transparent and not marred by previous fraud and violence.

There are many possible intellectual authors of Haiti’s violence.

MINISTAH – in an effort to justify its continued presence in Haiti.

Haiti is a cash cow for the United Nations.

MARTELLY – in an effort to make the situation an impossible one in which to hold elections.

ARISTIDE – in an effort to create chaos that will see the Martelly government collapse, allowing his surrogate an opportunity to gain control.

THE DRUG DEALERS – in an effort to prevent something like a Lamothe government from happening. Lamothe is their enemy.
Or a combination of one, or all of these, in an effort to keep Haiti the way it is, uncontrolled.  Some groups have the various elements mixed in one pot.

For anyone to suggest that the Haitian National Police – PNH – has any capability of doing anything shows a complete and total lack of understanding, with regard to Haiti.

The confusion allows Martelly an opportunity to further delay the electoral process as he endeavors to create a dynasty that sees his family in the palace for a generation, or so.

1 thought on “Haiti seeks delay in withdrawal of some U.N. troops- Added COMMENTARY By Haitian-Truth”