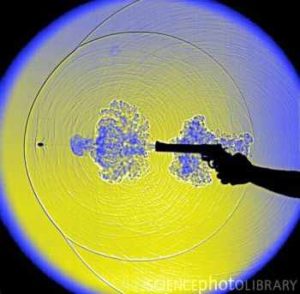 Shots Fired By Police In Front of Haiti Radio Caraibes With Haitian Legislator, Deputy Rodriguez, Being Interviewed Inside the station

Haitian Deputy Rodriguez Sejour was in the middle of an interview on Radio Caraibes when Haitian Policemen bombarded the radio station and fired lots of gunshots into the air.

During the program INTERSECTION, Radio Caraibes made live cry to the public and to authorities that “We are under fire!” and fear  for the security of Deputy Rodriguez Sejour.

Coincidentally, the deputy is inside being interviewed because his name is mentioned in the murder of Haitian policeman Calixte Walky Tuesday.

The Haitian Parliament is on Alert and demanding that Haitian police immediately leave the premises.

Here are the facts.

On Tuesday, Depute  Rodriguez Sejour’s chauffeur became involved in an altercation  with another person. When the police officer – Walky Calixte agent II –   arrived, it was obvious to him that the chauffeur was the aggressor. The chauffeur was arrested.

This should be the end of the story, however,  Minister of Justice Brunache intervened, illegally, insisting the PNH release the Depute’s chauffeur.

The chauffeur was released and shortly, thereafter, PNH officer Walky Calixte was murdered.

And, by the way, the chauffeur was Depute Rodriguez Sejour’s cousin.

Minister of Justice Brunache, and Depute Rodriguez Sejour should both be arrested, along with the Depute’s cousin. Unfortunately, two will claim claim impunity/immunity or whatever you wish to call it, because of their official position, and the chauffeur will walk free, because of his cousin’s position.

This is a clear-cut example of why Haiti’s attempt at Democracy is completely and totally dysfunctional.

This situation, and others like it, are examples of what could cause Martelly’s complete and total failure.  Martelly already has problems with the rank-and-file PNH, plus some of its leadership.

The murder of  27 yeard old Walky Calixte, PNH grade 11, could well be the match dropped into the gas can.

In many other countries, the PNH officers would have dragged the son-of-a-bitch out onto the streets for instant justice, along with his chauffeur.

I  would not sell the chauffeur life insurance and I hope he doesn’t have an American or Canadian visa.

3 thoughts on “Haiti – Radio Caraibes UNDER POLICE FIRE With A Haitian Legislator Inside!”