The Famine Early Warning Systems Network (FEWS NET) monitors trends in staple food prices in countries vulnerable to food insecurity. For each FEWS NET country and region, the Price Bulletin provides a set of charts showing monthly prices in the current marketing year in selected urban centers and allowing users to compare current trends with both five-year average prices, indicative of seasonal trends, and prices in the previous year

Rice, black beans, maize, and cooking oil are among the most important food items for poor and middle income households in Haiti. Roots and tubers are also important, but not currently monitored. All cooking oil is imported and rice imports account for about 80 percent of national needs. Large quantities of beans and maize are also imported, but over half of the national needs are domestically produced. Rice is consumed by even the poorest households, and imported rice is generally cheaper than locally produced rice. Croix de Bossales is the largest market in the country and is located in Port au Prince, where one-third of the country’s population lives. Hinche, in the center of the country, is located in one of the most vulnerable areas. Jeremie is the farthest market from Port au Prince and Jacmel is located in the Southeast department, a department particularly exposed to cyclones and known for having the highest rates of malnutrition in the country. 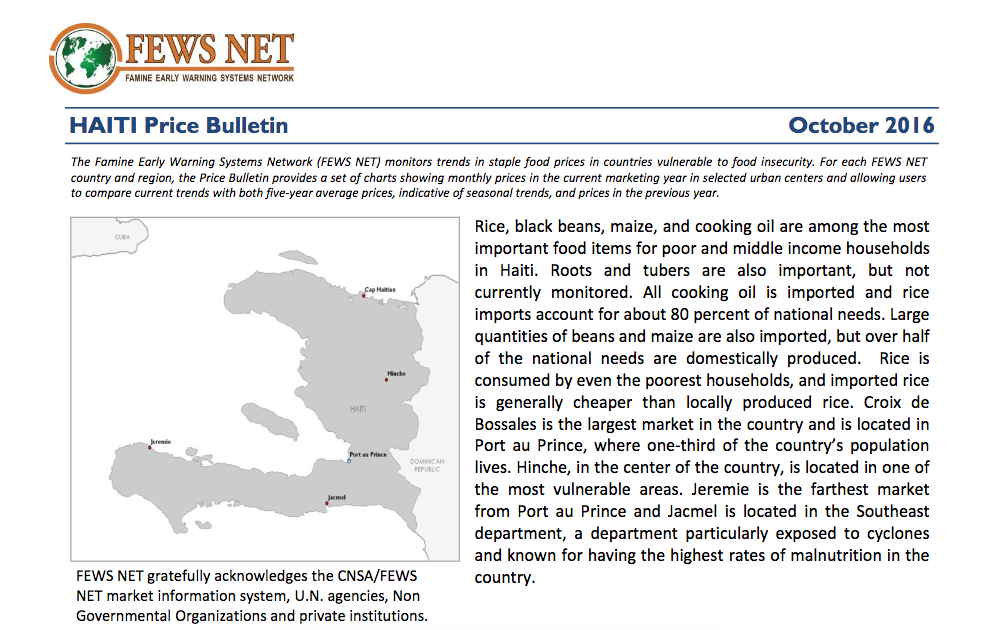 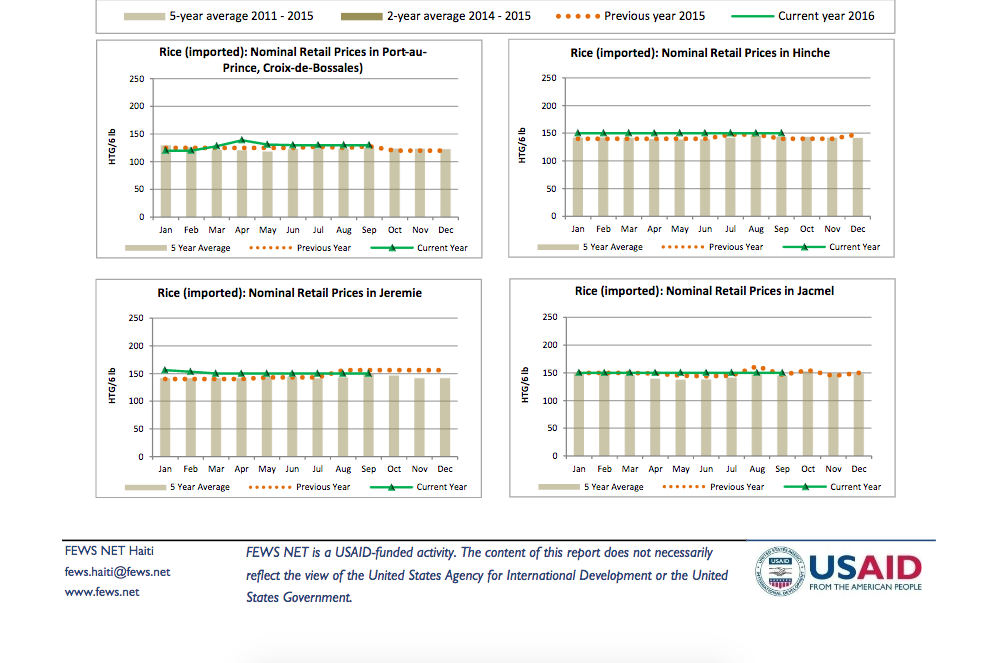 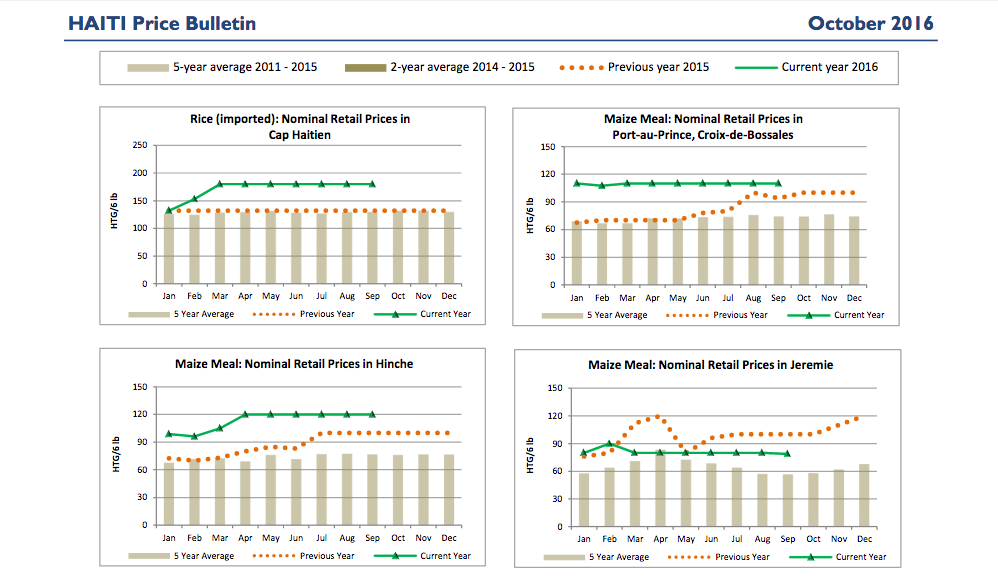 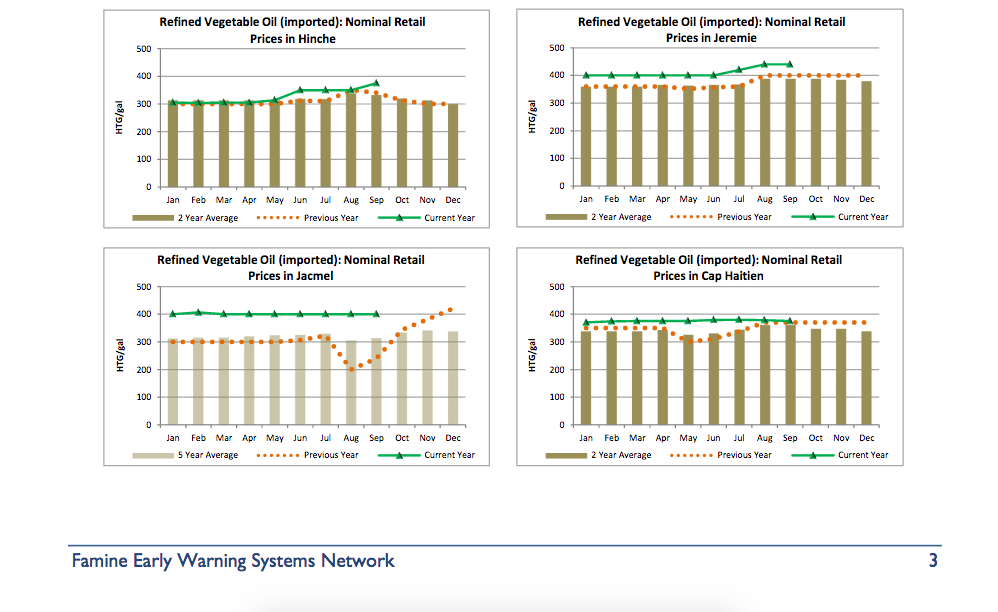