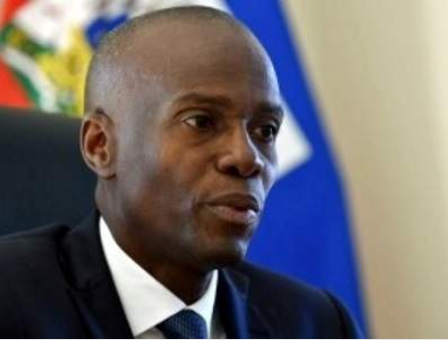 PORT AU PRINCE, Haiti (CMC) — Haitian President Jovenel Moïse is scheduled to meet with members of the Haitian community in France on Sunday.

According to Haiti’s Ambassador to France, Vanessa Lamonthe Matignon, the president will discuss matters of interest with Haitians living in the country during a meeting in Paris.

On Tuesday, the Head of State will participate in the Summit on the financing of Climate Action (One Planet) – an event that will be attended by several other heads of state and government.

On the aisles of the summit, Moïse is scheduled to meet with his French counterpart, Emmanuel Macron to discuss bilateral cooperation between France and Haiti.

The Haitian president will also meet with officials from the French Development Agency, the International Organisation of La Francophonie (OIF) and UNESCO.

He will use the opportunity to introduce the members of Haiti’s private sector, who are also in France, to the representatives of the French Patronage, during a meeting with the Movement of the Enterprises of France (MEDEF)

Moïse and his wife Martine are then schedled to arrive in Belgium on Wednesday, while there, he will aos meet with the Haitian community and Friends of Haiti at a reception in Brussels.

The following day – Thursday, the President and First Lady will meet with King Philippe and Queen Mathilde at the Palais de Bruxelles.

On the same day the president will meet with Neven Mimca, the European Commissioner for International Cooperation and Development.

Moïse is scheduled to return to Haiti on December 16.