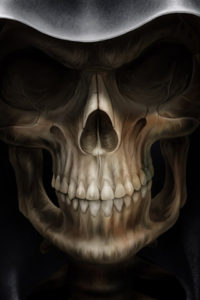 Haitian President Michel Martelly recounts near-death experience that landed him in a Miami hospital. He says he’s feeling better, waiting for doctors to give him green light to return to Haiti.

Haitian President Michel Martelly said it’s by the grace of God that he is alive.

It was Martelly’s first public appearance since he arrived in Miami nine days ago seeking treatment for pain after shoulder surgery earlier this month. Martelly looked healthy but tired as he recounted his near-death experience that at one point had a team of six doctors in Haiti keeping vigil over him.

That was 2 a.m. on April 15, Martelly said. By the next afternoon, he was on a flight to Miami. He spent two days at the University of Miami Hospital. Dr. Reginald Pereira, who joined Martelly on the broadcast, said he’s awaiting additional tests before he allows the president to return to Haiti. Martelly has been recovering at a Miami hotel since leaving the hospital on April 18.

Martelly conceded that flying was a deadly risk, but said he didn’t know what he had until doctors diagnosed it as a pulmonary embolism, or blood clot in the lungs.

The radio interview was aimed at quelling rumors that had Martelly either in a coma, dead, or not sick at all. Senate President Simon Desras told The Miami Herald he plans to form a commission to officially assess the status of Martelly’s health.

“No one knows in which hospital the president was in, what he suffers from,” Desras said. “There is a void. No one knows who is running the country.”

Martelly, who also spoke of his record this past year, insisted that he has remained in control despite his illness. But during his absence, a heightened sense of insecurity has plagued Haiti as the country skated from one troubling incident to another. The day after Martelly arrived in Miami, a rogue army disrupted a session in parliament, demanding to speak to lawmakers.

That same night a traffic cop, Walky Calixte, was found dead in Martissant. Rodriguez Sejour, a member of the legislature, has been implicated and an investigation has been opened.

Upset residents protested, paralyzing his neighborhood. The day after the police killing, tension flared on the Haiti-Dominican border near Fond Parisien after a presidential adviser, Calixte Valentin, was accused in the shooting death of a young merchant. Valentin was arrested, and Martelly has suspended him pending an investigation.

This week, concerns about insecurity continued on Monday amid rumors that the Haitian National Police would strike. In a warning to U.S. citizens in Haiti, the U.S. embassy said there were “reports of sporadic incidents of civil unrest occurring in various locations of Port-au-Prince. There have been reports that some of these incidents involve people setting up road blocks or firing shots into the area.”

In response, Haitian government officials have tried to defuse the situation. Outgoing Prime Minister Garry Conille, after condemning the disruption at parliament along with Martelly, called a cabinet meeting but ministers refused to attend. Police chief Mario Andresol has called for calm and Interior Minister Thierry Mayard-Paul, in response to the rouge army, invited former soldiers to register for back payment.

3 thoughts on “Haiti president says he came close to death”