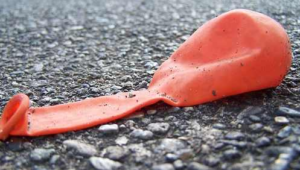 The supporters of former Haitian President Jean-Bertrand Aristide held last Friday in Belair, a rally to mark the 20th anniversary of the military coup of 1991 that overthrew the former Head of State during his first term.

While they were thousands of supporters to welcome the return after seven years of exile in South Africa, of their political leader last March, the rally of Friday was marked by a low mobilization, gathering just over 200 people.

Ansyto Félix, the Spokesman of the Commission of Mobilization of Fanmi Lavalas, declared on this occasion, that the coup of 1991 had marked “a break in the long struggle of Haitians for a more democratic society”

These people cannot accept the facts as facts.

They are still holding onto the lie that there were thousands, at the airport, to greet Aristide on his return to Haiti last January. I was there and counted a bunch of airport workers, who would be there with, or without Aristide. Added to this was a bunch of journalists, totally something like 50, perhaps sixty. And a few Aristide supporters – no more than a few dozen, much the same number as celebrated on September 29th.

Cut the crap about MOBILIZATION – or lack of it for the poor turn out. Rene Momplaisir, King of the Popular Organizations, and the Aristide Foundation spent over $500,000 to pay demonstrators…..and they still could not get more than 200. In fact, one of our readers, who claims to have been there, counted 127 including the bands hired to attract people.

Aristide must be frightened now that certain groups take the low turn-out as a signal that they will not be bothered as they pursue Aristide’s arrest for the many murders he ordered during his presidencies. One of the first complaints will cover his assassination of Mireille Durocher-Bertin.

There are plans to drown Aristide with complaints to make him a permanent resident of the Parquet as he is forced into giving depositions.

There is a saying that “You can run but you cannot hide…” Aristide has no place to run. He is trapped in Haiti since no other nation will accept him.