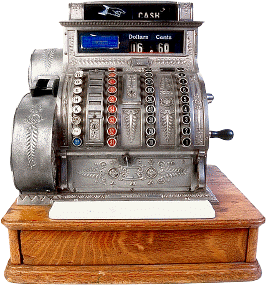 Karl Jean-Louis, executive director of Haiti’s Presidential Advisory Council for Economic Growth and Investment, said there are several laws pending for at least three years before the Haitian parliament that President Michel Martelly and Prime Minister Garry Conille hope to have voted into law.

Beginning next week, government representatives plan to meet key parliamentarians in hopes of getting their support as well as travel the country to promote investment opportunities, Jean-Louis said. The laws range from reducing the number of days it takes to incorporate a business to reducing permits for construction, to allowing the construction of condominiums.

“It makes no sense that it takes 75 days — used to be 150 days — to register a business in Haiti,” Jean-Louis said, speaking at the Haiti Reconstruction Forum 2011 sponsored by the Inter-American Development Bank (IDB) and Enterprise Florida. “The Martelly-Conille government wants to take action. We are taking action to improve business environment in Haiti.”

Later, Jean-Louis told The Miami Herald that he feels “there is a momentum” happening in Haiti, “now it’s up to us to make sure laws are being passed.”

For the second time in eight days, Haiti’s business opportunities were the focus among the country’s backers as more than 450 business people gathered at the Radisson Mart Convention Center in Miami-Dade County for an all day forum focused on Haiti reconstruction. The event was sponsored by Enterprise Florida, Miami-Dade County and the IDB.

Last week, the IDB sponsored a two-day Invest in Haiti forum that attracted 1,000 people in Port-au-Prince, half of them potential investors from 29 countries.

“Building a better future for Haiti requires confronting the problems that existed before the earthquake as well as the effects of it, which requires cooperation and coordination with the Government of Haiti, as well as all the countries and organizations that have pledged support, including the IDB,’’ said Gustave Arnavat, U.S. executive director for the IDB.

Arnavat said the goal of Thursday’s conference was to provide U.S. businesses interested in investing in Haiti with information on how to bid on contracts, and maneuver what can often be a frustrating terrain. Speakers provided a run-down of business opportunities from roads that need paving, expansion of the airport and port, and $500 million in hotel construction. They lamented the lack of U.S. firms currently participating.

Pierre Saliba, chairman of the Haitian-American Chamber, welcomed the updates, including information about a new industrial park in the north and more government support for a one-stop investment center.

“Key people need to come back and explain to Haitian-American businessmen what is going on in Haiti. They should be the prime target to go back to Haiti,” he said. “The dialogue needs to start.”