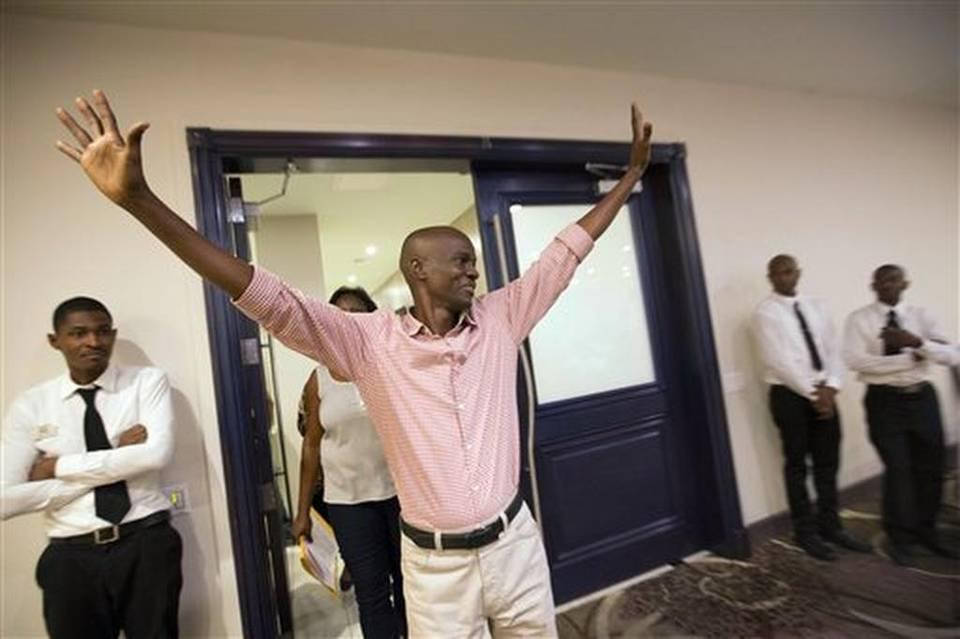 A banned singer whose government bashing lyrics have became part of the political discourse is among Haiti’s newest senators, while an indicted former coup leader is headed into a runoff, according to preliminary election results issued Sunday by the Provisional Electoral Council.

These results are incontestable and show that the population voted me Antonio ‘Don Kato’ Cheramy, preliminary winner for Haiti’s Senate

Antonio Cheramy, known as “Don Kato,” was elected with 297,260 votes in the Oct. 25 legislative runoff elections to represent the country’s most populous region, the West Department that includes metropolitan Port-au-Prince. The vote total, posted on the council’s website after midnight Sunday, is more than what 52 of the 54 presidential candidates received during balloting held on the same day, according to preliminary presidential results issued Thursday.

“The battle I was carrying out reached the population,” said Cheramy, 40. “These results are incontestable and show that the population voted me.”

The parliament announcement came on a day of more protests and arrests of demonstrators who have taken to the streets in the capital and the northern city of Cap-Haitien to protest against the preliminary results of the first round of the Oct. 25 presidential elections. Those results put government-backed candidate Jovenel Moise in a likely runoff with opposition candidate Jude Célestin. Citing the allegations of “massive fraud” by local observer groups, Célestin called the results a “farce” and has asked supporters to remain mobilize despite the government’s attempts to crack down on protests.

“The Haitian people will not stand for this dictatorship project that is going on,” said Célestin, who had several supporters of his LAPEH party arrested during a protest Saturday by police. He and other candidates including Moise have until 4 p.m. Sunday to formally contest their preliminary standing.

The legislative elections were more than three years delayed. The publication of the long-awaited results is seen by the international community as a major step in restoring Haiti’s parliament, which dissolved on Jan. 12 amid a political crisis, leaving Martelly to rule by decree.

But for the second time in days, council member Jacceus Joseph refused to sign off on the preliminary results, citing concerns about the lack of transparency over the tabulation amid the fraud allegations. Joseph represents the human rights sector on the nine-member elections council.

While Martelly’s PHTK party appears to have more lawmakers than any other party, it remains outnumbered by the opposition parties that have emerged in both chambers. Should the opposition form a coalition, it would make PHTK a minority in either the 30-member Senate or the 119-seat lower Chamber of Deputies.

Legislative candidates have 72 hours from the publication of the results to contest, and only after an election tribunal is held will the results be finalized.

Still, Cheramy, who was banned from performing at Carnival in 2013 and 2014 by Martelly because of his lyrics criticizing the president’s leadership, said he’s already feeling the weight of the six-year Senate post. His constituents include tens of thousands of people still living in tent cities nearly six years after the devastating Jan. 12, 2010 earthquake and those living in violence-infested slum communities.

“Along with others who share my vision, I plan to work to help change the conditions that the people are living in,” he said.

In all, a dozen new senators were named, while six other seats still must be decided in a scheduled Dec. 27 runoff. The undecided seats are among 25 voting districts that needed to be re-run on Oct. 25 because of the violence and fraud-marred Aug. 9 legislative first round.

Among those who will be competing in a Senate runoff is Guy Philippe, the former Haitian National police official who helped topple then President Jean-Bertrand Aristide in a  2004 coup and is wanted in the United States on a sealed drug indictment.

Should Philippe win his bid to represent the Grand’Anse Department, he would enjoy parliamentary immunity. That could pose a huge challenge for the U.S. government, which has tried but failed to arrest him.

Just as their are notable winners, there are also a number of high-profile individuals who lost their bid to return to parliament.

Among them is former Senator Franky Exius from the Southwest. A strident supporter of Aristide’s once all powerful Fanmi Lavalas party — which only retained one seat in the Senate elections — Exius was among a bloc of senators who led the opposition against Martelly. For more than a year, the group of six blocked approval of an electoral law for the long-delayed legislative and municipal elections to be held until safeguards were put in place to protect the vote.

Former Senate president and Martelly adviser, Joseph Lambert, and his younger brother Wencesclass, also lost their bids to represent the Southeast Department in the two seats that were up for grabs.

As for the individuals who will sit in the Chamber of Deputies, they include Petionville hotelier Jerry Tardieu and Germain Fils Alexandre of Petit-Goave. Tardieu won his bid with nearly 20,000 more votes over his nearest competitor, while Alexandre beat former chamber president Stevenson Jacques Thimoléon by 8,461 votes to represent the rural coastal city.

Still to be published are the results from the elections of the 140 mayors. Final legislative results are scheduled to be published on Nov. 22. The final composition of the parliament, however, will not be known until after Dec. 27 when the second round of the presidential and other local elections are scheduled to take place along with the outstanding parliament races.

It is time to take a real look at Guy Philippe and the so-called charges against him.

The original arrest efforts were carried out, under the Preval Presidency, when Preval penciled his name at the bottom of a DEA operation, aimed at the mayor of Miragoane.

Guy Philippe offered to take a polygraph, denying an involvement with the cocaine business. The American embassy/DEA declined this offer.

Why bother Guy, when you have real targets, like Preval, Aristide, Celestin, and a band of thousands? 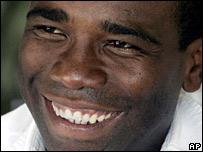