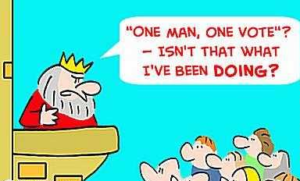 While the 9 members of the College Transitional of Permanent Electoral Council (CTCEP) are still not installed, the Prime Minister, Laurent Lamothe stimated this week that the organization of the next elections senatorial [renewal of 10 senators], municipal and local will cost between 35 to 40 million dollars.

Concerning the financing of these elections, that all hope before the end of this year, the Head of Government stated that the Treasury will participate to the funding for a total of $10 million, the rest will be obtained from international donors (United States, Canada, European Union and several Latin American countries friends), noting that during the long pre-election crisis, a special commission had already held consultations with international partners, consultations that should continue with members of CTCEP, once in office.

While insisting on the respect of the election results by the government, he asked the international community to respect the verdict of the polls also, which is far from guaranteed, when the latter funds 75% of the cost of our elections…

Moreover, Laurent Lamothe,said he was in favor and ready to support the introduction of electronic voting, which according to him, would ensure rapid and transparent results, likely to contribute to social stability.