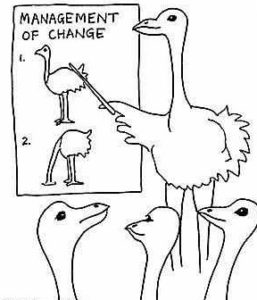 LONDON (AlertNet) – Riots in Haiti over disputed election results are hampering efforts to tackle a cholera epidemic in the impoverished country, which is still reeling from January’s earthquake and recent floods, the United Nations’ top humanitarian official said on Thursday.

Thousands of protesters rampaged through the capital Port-au-Prince and other cities on Wednesday, hurling stones and setting up burning barricades of timber, boulders and tyres, in unrest sparked by presidential poll results they say were rigged by the ruling government coalition.

“Certainly over the last couple of days, the insecurity is having an impact because people who are working in NGOs or for U.N. organisations from the humanitarian side have not managed to get out, get supplies out to people who need it,” Valerie Amos, the U.N.’s under-secretary-general for humanitarian affairs, told AlertNet in an interview.

“Our message to those involved in the political process in Haiti is that they need to do all they can to reassure the population so we are able to get out and help people. We don’t want people to die from this, they don’t need to,” she said by telephone from New York.

At least two people have been killed in the violence, triggered by an announcement that former first lady Mirlande Manigat and government technocrat Jude Celestin would face a deciding second round in January following a turbulent Nov. 28 vote. Many of the protesters are supporters of the third-placed candidate, popular musician Michel Martelly.

The unrest seems to have dashed international hopes that the U.N.-backed elections could create a stable new leadership to steer Haiti’s recovery from the huge Jan. 12 earthquake that killed more than 250,000 people.

In the meantime, the Western hemisphere’s poorest country is battling a cholera epidemic that has killed at least 2,000 people since mid-October.

Amos, who visited Haiti last month, said people’s fear of the disease “is very strong and it’s palpable”, and more needs to be done to raise awareness about how to prevent and treat it.

“We need thousands more workers to go out and continue these (public hygiene) messages … we need to to be doing it through radio, through new media, posters, television campaigns,” Amos said.

“The key thing is we have to maintain this level of information raising because people are deeply suspicious, they are deeply worried. Even those who want to seek treatment sometimes are prevented from doing so. They are worried about the response they may get from their neighbours.”

Referring to a leaked report by a French epidemiologist which found that U.N. troops are the most likely source of the cholera epidemic, Amos noted that tests carried out so far have not linked back to the world body’s peacekeepers, but added: “We’re happy to look at whatever other information exists.”

Recognized specialists say that it is 99.9% true that the Nepalese detachment is the source of the cholera epidemic, and the UN continues to stick their head in the ground like a frightened ostrich.

Just worried about being seen for what MINUSTAH is, a mafia dedicated to profit, while Haitians come second on the list of priorities, perhaps third or fourth.

The cholera victims, and Haiti, suffer from the chaos in Haiti even as MINUSTAH provides security for Preval, but does not protect the presidential candidates from the violence of Preval’s INITE party terrorists.

Even as the epidemic spreads, medical help is slow to come. ONGs are busy preparing proposals for funding requests…a slow process…as thousands of additional cholera victims are added to the growing total. 650,000 or more, are projected.