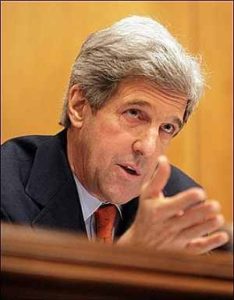 Jean-Charles said Kerry and Lugar, Chairman and Ranking Member of the U.S. Senate Foreign Relations Committee, expressed a willingness to provide information to the commission.

The members have said they may leave for Washington D.C. this week.

Chairman of the Commission, Senator Joseph Lambert (Sud-Est/Inite) has warned against speculating on the case until the conclusion of the commission’s investigation.