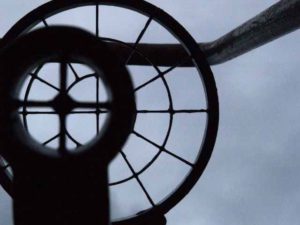 PORT-AU-PRINCE, Haiti (AP) — Police are searching for a man seen holding a rifle in a crowd as Haitian President Michel Martelly walked through a busy street in northern Haiti, a police official said Thursday.

Caneus said the man planned to assassinate Martelly, but declined to say how he knew that. Saying the investigation was continuing, he would say only that witnesses reported the man was carrying either an M-1 or an M-14 rifle.

Inaugurated in May, Martelly showed up in Cap-Haitien on Sunday to promote tourism in the northern region. He unveiled plans for construction of a major road and extension of an airstrip at the city airport.

No shots were reported fired at him, but the visit turned unruly. Protesters lobbed rocks and soda bottles at the new leader and his entourage as they walked through a street near the airport.

Martelly’s escorts tried to get him to climb into one of two slow-moving SUVs but he declined and kept walking. Police fired shots in the air to break up the crowd and people scrambled for cover.

Neither Martelly nor anyone else was injured.

Caneus said Thursday that police had arrested 32 people and brought them to the Haitian capital for questioning on the stoning.

Authorities haven’t determined a specific motive behind the incident. But many Haitians are growing increasingly angry at politicians who don’t quickly improve life in this nation burdened with poverty, natural disasters and disease — even if it is a president who has been in office for less than three months.