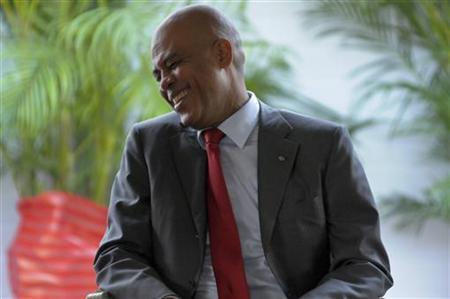 The changes were first approved shortly before Martelly took office in May 2011 but were withdrawn after members of Parliament said the version sent to the president for publication contained material errors.

Haiti reverted to its original 1987 constitution until the corrected version was published.

During a ceremony at the presidential palace, Martelly said the amendments would create a constitutional court to resolve conflicts between Parliament and the executive branch of government and establish a new permanent electoral council to oversee elections. They also will require that at least 30 percent of government jobs be held by women.

The amendments would allow Haitians who hold one or several foreign passports to vote and to be eligible for appointment to Cabinet posts and other administrative and political positions that could previously only be filled by Haitians who had never become citizens of another country.

“The issue of the dual citizenship that has created conflicts between Haitians living in the diaspora and those living here will be solved once and for all,” Martelly said. “There is no room for division now, all Haitians are Haitians.”

However Haitians who hold foreign passports still would not be eligible for four key positions – president, prime minister, senator or member of the lower house of Parliament, the Chamber of Deputies.

Some two million Haitians live abroad, while about 9.8 million live in their Caribbean homeland. Those abroad send home up to $2 billion in remittances annually to support their relatives, contributing about 20 percent of Haiti’s GDP. But many have complained that they could not participate in the political life of their native country.

The permanent electoral council will be set up so elections may be organized better and more regularly, Martelly said.

“We are tired with provisional electoral councils that used corrupt practices to organize flawed elections,” he said.

The amendments create a high council that will assume administrative management of the judicial system, which so far has been an executive branch responsibility through the Department of Justice.

He acknowledged there had been controversy over whether to publish the corrected amendments or scrap them and start over. He said the leaders of all three branches of government – the executive, parliament and judicial – had agreed to their publication, which he called a great step forward in the democratization of Haiti.