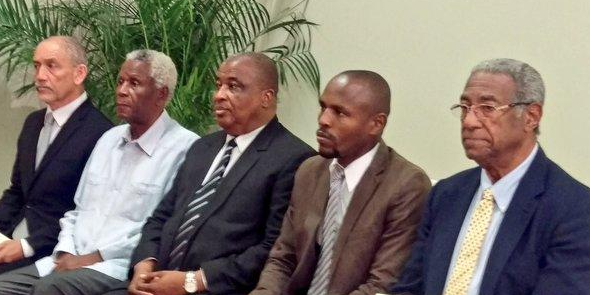 Haitians are bracing for trouble as an electoral verification commission prepares to deliver the results of its month-long review of last year’s contested presidential and legislative elections.

The five-member panel, led by a businessman who is a former ambassador to the U.S., was scheduled to deliver its recommendations Sunday to Haiti’s revamped Provisional Electoral Council. A Sunday night broadcast was scheduled on national television and radio but authorities would not say if the findings would be announced at that time.

The commission planned to formally hand over its report to the interim president at a Monday ceremony on the grounds of Haiti’s National Palace.

Commission president Pierre Francois Benoit has said a random sample of 25 percent of the roughly 13,000 tally sheets from polling stations would be audited. In recent days, a team of police officers could be seen at a tabulation center examining thumbprints on ballot sheets.

It’s far from clear whether the verification panel’s findings will provide clarity to last year’s elections or if its recommendations will be accepted by Haiti’s political class.

Robert Fatton, a Haitian-born politics professor at the University of Virginia and the author of “The Roots of Haitian Despotism,” said doubts and suspicions about the commission are an indication that Haiti’s electoral impasse might actually deepen.

“I think we are in for a bumpy ride,” Fatton said in an email to The Associated Press.

In recent days, several foreign embassies have warned their citizens in Haiti that the release of the panel’s report and a scheduled Tuesday announcement of a new election date could lead to civil unrest in coming days.

“U.S. citizens are reminded that unrest and protests throughout Haiti could occur,” the U.S. Embassy said in a security message Wednesday.

For residents of Haiti’s capital, life goes on. Tire-burning roadblocks and other signs of political turbulence are familiar in Haiti.

The possibility of paralyzing protests is a big concern to Adler Augustin, a 29-year-old who has a small business inflating car tires at the side of a busy road in Port-au-Prince.

“All my work is in the streets so I’m worried I won’t be able to do any business,” he said.

Interim President Jocelerme Privert, who became Haiti’s caretaker leader in February after a presidential runoff was scrapped for a third time, has been trying to show he can guarantee stability as the election impasse has widened divisions in the polarized country. He has said Haiti cannot restart balloting without first restoring confidence in the electoral machinery.

International monitors who observed Haiti’s Oct. 25 presidential first round said results putting government-backed candidate Jovenel Moise in the leading position for a two-candidate runoff appeared to be a genuine reflection of the voters’ will.

But the tally was rejected by virtually all the other candidates, most notably the No. 2 finisher, Jude Celestin. He called results showing Moise with nearly 33 percent of the votes a “massive fraud” and many civil society groups expressed concern about the legitimacy of the vote.

Francois Benoit was a very average FAdH officer who has risen to fame and fortune on the body of his infant son, who died an unfortunate death during the Francois Duvalier Presidency. This opened to doors for him, but when he stepped through these doors, he was sadly lacking.

I can personally remember this man’ personal arrogance as Minister of Foreign Affairs, during the embargo. I can recall some grave shortcomings in integrity.

Francois Benoit would like to be a giant, but he is a midget,

I do not expect real integrity, from this man who lacks personal courage.

His 30 day waste of time has just delayed our Electoral Process, a time during which he has pocketed a lot of cash that would be better invested in rice and beans for some hungry kids. 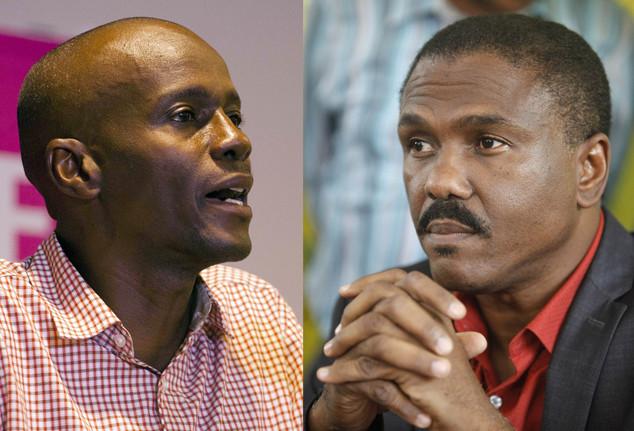