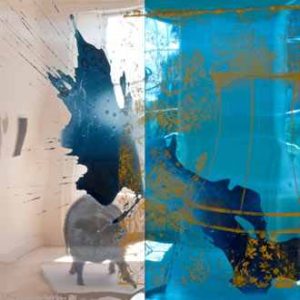 MIAMI, Dec. 9, 2011 — /PRNewswire/ — The lively spirit of Haiti was revealed through empowering works of art during Haiti Art Expo 2011, December 1-4 in the heart of Miami’s Design District. Held during prestigious Art Basel, Design Miami and Art Fairs Weekend, Haiti Art Expo attracted thousands to its collection of fine arts, objets d’art and photography — all for the cause of boosting progress for Haiti’s people.

The producers gave each of the weekend’s first three nights to one of three non-profit groups dedicated to human and infrastructure development in Haiti.

“All of the organizations in Haiti Art Expo 2011 are making an impact on the Haitian nation,” said Miami Publisher Anne Owen. “We were so honored to take part in such a prestigious and worthy cause.”

Friday night’s party benefited Hand in Hand for Haiti a school-building project created by the travel retail industry with support from Miami-based Onboard Media and its sister company, Starboard Cruise Services. The gala evening attracted such celebrities as actor Val Kilmer and artists Philippe Dodard and Manuel Mathieu. Also on display were original handprints created by Harrison Ford, Gloria and Emilio Estefan, Jay Leno and other stars. They are being auctioned through Dec. 17 at http://haitiartexpo2011.kintera.org.

On Saturday, Hard Hats for Haiti and Pan American Development Foundation welcomed Haiti government officials, local personalities and a throng of art lovers. The evening’s highlight was the unveiling of “Haiti: Hope in Progress,” a limited-edition series of images shot in Haiti by photographer/artist Jordan Michael Zuniga. Other campaign partners, such as MTV, JW Marriot Brickell and Chef Ron Duprat, donated gifts to raffle, and guests also made private donations.