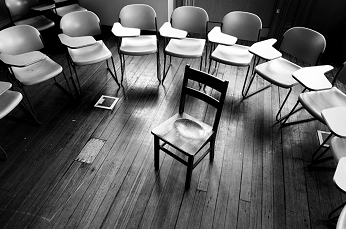 The study showed that of the 83 Lower House offices, only 57 were identifiable and 45 of them were fully operational.

A report by the Citizen’s Observatory for the Institutionalization of Democracy in Haiti (OCID)revealed that currently more than seven million gourdes (about US$87,500) are being allocated to non-existent parliamentary offices.

The organization, which follows the legislative work in the country and publishes weekly a account of lawmaking activities, did a survey of 10 Haitian counties between March 15 and 25, and analyzed 83 of the 116 Lower House districts represented in the country, as well as the 29 Senate districts.

The study showed that of the 83 Lower House offices, only 57 were identifiable and 45 of them were fully operational. In the case of the Senate 19 of the 29 offices were operational.

The OCID made some recommendations to avoid the wasting of these allocated funds, including the development of a handbook, training staff on their roles and making the offices into real information centers to consult with citizens, especially related to parliamentary work.

He also suggested establishing a mechanism for transparency.

It is not the first time that the management of resources and the excess of perks for lawmakers in Haiti has been in the media.

Recently, the Superior Court of Accounts requested documentation related to the embezzlement of Petrocaribe funds, a Venezuelan energy cooperation program aimed at addressing the country’s problems.

Just under 60 percent of Haiti’s population lives in poverty. The Caribbean nation still suffers from major infrastructural damage caused by hard-hitting hurricanes and earthquakes over the past 12 years. However, its political corruption has also been implicated in keeping the country in continual economic and political dysfunction.

“Fundamental to the pervasive problem of poverty in Haiti is the long history of political instability and the lack of governance. Corruption and misuse of public funds have resulted in a decline in the quality of all public services, … and the provision of basic infrastructure,” the World Bank said.

For months, protesters have demanded justicein the alleged irregularities in the Petrocaribe program amid increased inflation.