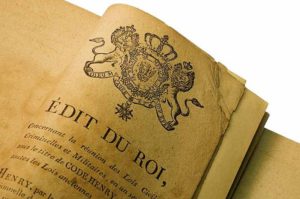 Prosecutors in Haiti have filed charges of corruption, theft and misappropriation of funds against former dictator Jean-Claude ‘Baby Doc’ Duvalier. More charges are expected to follow over alleged crimes committed during his 1971-1986 rule.

The fact that Haiti has a  20 year Statute of Limitations, for all crimes is obviously being overlooked.

The fact that Amaral Duclona, Preval-controlled gang-leader, has implicated President Preval and Jude Celestin in a number of murders, including those of Robert Marcello and the French Consul, has been conveniently ignored,   even though MINUSTAH and the US Embassy has copies of Duclona’s testimony. The night before he escaped to the Dominican Republic – with a false passport obtained by Celestin – Duclona stayed at the home of Preval’s sister.

The fact that Preval, Celestin, and some associates stole $198,000,000 from Petro Caraibe funds, dedicated to help hurricane victims, is known, but no one prosecutes them.

Perhaps we will wait until the Statute of Limitations has run out in 20 years to charge these two criminals.