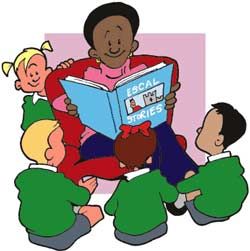 WASHINGTON, D.C. (defend.ht) – The Republic of Haiti is one of 8 countries in the world where more than half of its children do not attend school, which explains the reason why Prime Minister Laurent Lamothe and Minister of Education Vanneur Pierre are attending a meeting in Washington, D.C. with UNESCO and ministers from the other 7 countries.

The other countries are, Bangladesh, the Democratic Republic of Congo, Ethiopia, India, Nigeria, Yemen and South Sudan, these facts were relayed to the Haiti Press Network .

It is in this perspective that the Ministers of Education and Finance, in the case of Haiti, Prime Minister, of these countries were invited to Washington, D.C. (USA) to discuss the challenges they face and the steps to be taken to open the doors of their teaching institutions for all young people, officials said in their statement to HPN.

There will be ministerial meetings hosted by the World Bank and the International Monetary Fund under the them of “Learning for All” which will take part, Thursday, April 18. Also attending is the UNESCO Special Envoy for Haiti Michaëlle Jean.

Michaëlle Jean informed the press that she would participate in the round table dedicated to Haiti alongside Prime Minister Laurent Lamothe, Minister Vanneur Pierre, Director-General of UNESCO, Irina Bokova, and the UN Special Envoy for Global Education, Gordon Brown.

“Haiti has made immense progress in net enrollment ratio increased from 64% in 1997 to 88% in 2011, Jean said. But the country is still far from achieving the Millennium Development Goals in education whose deadline has been set to 2015 by the United Nations. Haiti needs a major mobilization of human and financial resources with the support of all its partners for the implementation of the operational plan to ensure access for all children to school, “we read in the paper.

The Haitian government recommends several actions to support the educational system, including the construction of elementary schools, continuing education of 50,000 faculty and administration, as well as funding for school meals for 200 000 new children.

The participants of the round table will discuss the main obstacles to universal education in Haiti and the measures that can be adopted to promote learning for all. They linger on the bottlenecks that delay the achievement of the Millennium Development Goals. Without education, thousands of children will be forced into poverty. Haiti is an urgent need to increase the level of skills, knowledge and professional skills required to carry out the economic reports, reconstruction and sustainable development of the country, says one.