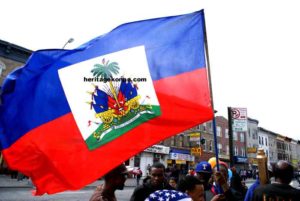 Haiti’s new ambassador to the United States, Paul G. Altidor, presented his letter of credentials to President Barack Obama on Wednesday in a White House ceremony.

Altidor was among several new foreign envoys participating in the closed-press Ambassador Credentialing ceremony in the Oval Office. The ceremony marks the beginning of an ambassador’s official service in Washington.

Altidor, 39, was formerly vice president of programs and investments for the Clinton Bush Haiti Fund. The fund is chaired by former presidents George W. Bush and Bill Clinton, and formed at the urging of Obama after Haiti’s devastating January 2010 earthquake to help with the country’s reconstruction.

Among the investments Altidor was instrumental in bringing to his homeland was a new $7 million Science wing for the State University of Haiti. The funds are being donated by the Clinton Bush Fund and Haiti businesses. Altidor also opened the $900,000 Center for Entrepreneurship at private Quisqueya University in Port-au-Prince. Funded by Clinton Bush Haiti Fund, the center is being operated in partnership with the University of Pennsylvania Wharton School.

“His contributions to the Fund, particularly in identifying catalytic investment opportunities for long-term reconstruction, have been integral to our work helping Haiti chart its own successful future,” Clinton Bush Haiti Fund CEO Gary Edson said.

Prior to joining the Fund, Altidor worked at the International Finance Corporation, a member of the World Bank Group. He advised foreign governments on public-private partnerships, and played a key role in the deal leading to the investment by communist Vietnam’s Viettel in Haiti’s state-owned telephone company.

Altidor holds a bachelor’s degree in economics from Boston College, and a master in international development from Massachusetts Institute of Technology. He also did graduate work in economics and law in France. In his new role, as Haiti’s top representative in the United States, he is pushing business diplomacy and tapping “the critical mass” of successful Haitian Americans who can contribute to the country’s reconstruction.

His goal, he said, is to help transform Haiti from a charity destination to one for investments by pushing business diplomacy.

“We don’t all have to get along, we just need to align our resources, interest for a common cause,” he told Haitian-Americans who gathered in Miami Beach last week to discuss investment opportunities back home.