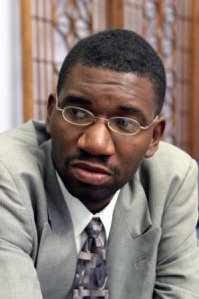 Twenty-six years after the adoption of its latest constitution, Haiti scores among the world’s 10 countries at the bottom of Transparency International’s Corruption Perception Index and is as unstable as ever. Even an institution as important as the Permanent Electoral Council, which, if that constitution were respected, should have been instituted by 1990, has still not been created.

The problem is that the Constituent Assembly underestimated the ability of the three branches of government to collude at the expense of the citizenry in the absence of drastic deterrents. Therefore, absent a comprehensive constitutional revision driven by Haiti’s civil society — diaspora included — there is no reason to expect the next 26 years to bring anything much better.

The current constitution was enacted in March 1987, 13 months after the ouster of Jean-Claude “Baby Doc” Duvalier. Understandably, the national sentiment at that time was to draft an instrument that would prevent the recurrence of another bloody and corrupt dictatorship. Hence, the Constituent Assembly adopted a document creating a weak presidency and a very strong parliament.

The rationale was that distributing political power among more than 100 individuals — as opposed to having it concentrated in the hands of one tyrant — would protect the rights of citizens. The parliament was perceived as the embodiment of the ideals of democracy and progress associated with Duvalier’s departure, while the executive branch was the Leviathan — to be shackled at all costs.

However, for the almost three decades that the constitution has been in vigor, successive presidents have always had their way, by co-opting the parliament through corruption. The government regularly issues checks to senators and deputies to finance pork-barrel projects and local festivities, without any accountability on either side.

This is on top of the regular exchanges of cash-for-vote under the table. So, instead of serving as barricades to check executive’s power, most of our senators and congressmen function as toll booths. The executive branch is allowed to circumvent the constitution, fleece the national treasury and usurp power, as long as it pays the necessary tolls along the way. The perverse effect of a strong parliament has been to make corruption and tyranny even more expensive to taxpayers.

All of this is made possible by an unheard of level of immunity that parliamentarians enjoy in Haiti. Theoretically, they may be criminally prosecuted for their private actions if the assembly lifts their immunity; in fact, they never are.

In the face of such a self-serving political class, one realizes that the constitution needs to be comprehensively revised, and that can only be seriously achieved if the civil society takes ownership of the process.

For starters, institute a constitutional court, whose members would ideally be designated by civil society organizations such as churches, unions, the private-sector entities and so forth. They would be selected from among the brightest legal minds in Haiti and the diaspora, thoroughly vetted and given lifetime tenure and financial independence from the political apparatus.

Among other things, this court would decide on the lifting of parliamentarians’ immunity and exert judicial review over all decisions emanating from the three branches of government. Another idea is to have the members of the Electoral Council designated exclusively by the civil society, and make its decisions — election results — appealable to the constitutional court.

How much more ironic can it be when the very dictator that inspired the adoption of the 1987 constitution is now back in the country, and despite charges pressed against him, has managed to evade justice because the current government protects him?

On this 26th anniversary, Duvalier and others like him have more to celebrate than do the people who ratified the constitution.