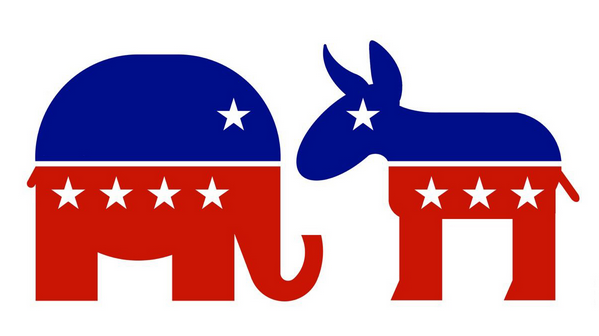 Kenosha Mayor Vows to Work Toward Healing ‘Racial Divide’ and…

Governor’s political party is biggest factor in whether a state has imposed mask mandate, study finds
States led by Republican governors have been slower than those led by Democrats to require residents to wear masks to protect against the novel coronavirus — if they have adopted such rules at all.

© Alex Brandon/AP Sen. Ted Cruz (R-Tex.), and Texas Gov. Greg Abbott (R) at a briefing with President Trump and first responders about…New research finds that the governor’s political party was the biggest determinant of whether a state imposed a mask mandate between early April and mid-August, a factor outweighing others including a state’s number of coronavirus infections or deaths linked to the disease caused by the virus.

Taken together with The Washington Post’s tracking of coronavirus infection patterns, however, the study by researchers at the University of Washington also suggests that statewide mask rules alone do not always correspond to the virus’s trajectory.

In Texas, Gov. Greg Abbott (R) ordered people to wear face coverings in most of the state at the start of July as coronavirus infections and hospitalizations were surging, after previous attempts to undercut Houston and other cities’ mask requirements. Since late that month, the weekly average of new cases has tumbled, from approximately 9,000 to about half that number.

But in Arizona and Florida, two other Sun Belt states in which infections soared this summer, coronavirus cases and hospitalizations also have fallen sharply since July, without statewide mask orders.

They are among 17 states in which residents are not required to wear masks outside their homes. All but one of those — Hawaii — have Republican governors. The remaining states have directed people to wear face coverings, and account for about three-fourths of the United States population, according to the study, published in medRxiv, a compendium of health sciences research that has not yet been peer reviewed.

Among the 33 states with mask requirements, those with Republican governors imposed such rules an average of 30 days later than those with Democratic chief executives.

Christopher Adolph, a University of Washington political scientist who is the study’s lead author, said the findings reflect the extent to which the response to the worst public health crisis in a century has become politicized.

Many GOP governors, Adolph said, “are trapped from above by Donald Trump, who cast doubt on the efficacy of masks, and they are trapped from below by citizens” loyal to the president.

After initial ambiguity over whether masks were useful in stemming the virus’s spread, epidemiologists and public health officials around he globe have coalesced around the position that face coverings are a critical tool to help prevent people from transmitting the virus to one another.

Adolph said he and fellow researchers were surprised by the reluctance of GOP governors to require people to wear masks, given that those governors have been particularly outspoken about the need to reopen businesses and schools, and considering that masks are a simpler and less expensive form of protection than various social distancing approaches.

“At the end of the day,” said Georges C. Benjamin, the executive director of the American Public Health Association, “this is all about individual rights versus collective rights.”

The findings reflect “this fundamental difference in their view of the role of government, which is playing out in so many ways” in the pandemic,” he said.

Benjamin predicted that it will also play out in debates over whether people must be vaccinated once a vaccine for the novel coronavirus becomes available.

For months, Trump spoke with skepticism about masks, and he first wore one in public during a visit to Walter Reed National Military Medical Center in July. A recent addition to the president’s stable of medical advisers, Scott Atlas, a neuroradiologist and fellow at Stanford University’s conservative Hoover Institution, has said he is uncertain whether mask-wearing makes sense “scientifically.”

The University of Washington research looked at the influence of several factors in predicting which states have mask requirements and when they were created. It finds that Democratic governors are about seven times as likely as their Republican counterparts to require residents to wear masks.

In contrast, states with high rates of death caused by the virus are twice as likely to have mask requirements than those with relatively few deaths. And though Republican-led states with such mandates adopted them nearly a month behind states with Democratic governors, having a low rate of deaths accounted for merely a 10-day lag in creating mask rules.

Other factors played little or no role, including a state’s proportion of elderly residents, its percentage of people with college degrees, the health of its economy or its supply of hospital intensive care beds.