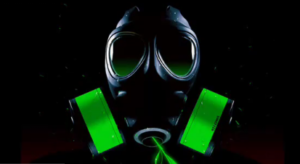 Two months after taking office with a promise to “wake up” Haiti, President Michel Martelly is battling to install a new government and the urgent task of rebuilding from last year’s earthquake is on hold.

Lawmakers have opposed his choices for prime minister in an early run-in with Haiti’s messy political reality for the shaven-headed former pop star and novice president elected in March.

He has promised to rebrand his nation from a development basket case into a Caribbean success story.

“As long as there is no agreement on the prime minister we are completely stuck,” said Roland Van Hauwermeirin, director in Haiti for international humanitarian agency Oxfam.

Other pressing tasks to be dealt with are a cholera epidemic that has killed more than 5,500 people since October and the threat of lifethreatening winds, floods and landslides as the annual hurricane season moves toward its active phase.

Gousse, accused by critics of once leading a crackdown against backers of ex-president Jean-Bertrand Aristide, was to present his credentials to the senate for review Thursday.

But 16 members of the 30-seat senate have already signed a public statement saying they oppose Gousse as prime minister. Martelly said if Gousse was not accepted as premier, putting a new government in place could take six months.

Martelly had a chance to neutralize the Preval/Aristide dominated parliament when the Preval-controlled Senate  presented him with a fraudulent constitutional amendment. He could have dissolved parliament and ruled by decree for the next 5 years.This would have effectively been the death knell of Lavalas.

By missing this, and a couple of other opportunities, Martelly is now faced with a situation in which the Parliament has told him they will not approve ANYONE as Prime Minister. They are the power and they control the country!!!!

Someone suggested nominating Jesus Christ, but this won’t work. They can’t find his passport or Birth Certificate. And then, of course, he has multiple nationalities.

Martelly should have sought some decent advisers when first inaugurated. Instead he has depended upon the incompetent advice of his inner circle, headed by the Mayard-Paul family.

He has messed around, for so long, that competent people will avoid exposure to a president who could go down the toilet, at any moment.

In any event, he holds court, surround by a half- dozen, or more, associates. Who, in their right mind, would discuss serious matters in front of a group that already has at least 2 who carry information directly back to Aristide?

Martelly promised a lot and has really delivered a negative quantity. His disinterest in serious matters has given the Aristide/Preval partnership an opportunity to revive itself. Anyone who ever thought this duo were enemies is sadly mistaken. They have played a careful game, over the years.

1 thought on “GOUSSE IS COOKED AND COULD BE FOLLOWED BY MARTELLY Political stalemate stalls Haiti’s recovery from earthquake, cholera-Added COMMENTARY By Haitian-Truth”