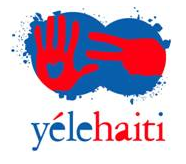 We are happy to tell you that there is good news just under the media radar, and it is about individuals, families and small groups rebuilding their lives with a little help. It is about peasant farmers improving their crop yields, people displaced by the earthquake receiving job training, farm communities getting compost toilets to help prevent cholera, families in a tent camp getting better living conditions, and orphans getting fresh vegetables to improve their nutrition. These are just some of the recent updates from Yéle Haiti that I would like to share with you.

As the Yéle Vert program of tree planting marks its first full year of operation, it does so with two important milestones having been reached. The six nurseries that make up the program in the Gonaives area produced 400,000 trees in the last year and, having now reached full capacity, will generate one million trees over the course of 2011.All are tree species that have been requested in advance by participating farmers who transplant them to their own or community owned land once they are grown.

The second milestone is equally important. Roughly three hundred farmers who volunteered to tend the nurseries and transplant the resulting trees were also given assistance through an agricultural service that includes free high quality seeds for their crops along with fertilizer, tools and training. This component of Yéle Vert began operation only in the latter part of last year, but has already had a huge impact by significantly raising the level of productivity of the participating farmers.

The nurseries have recently introduced test plots to showcase better techniques for growing vegetable crops. At the same time the environmentally responsible US garden products company Gardens Alive! has announced a contribution of close to 85,000 packets of vegetable seeds for Yéle Vert. When they arrive in Haiti within the next month or so, the seeds will be tested and introduced to farmers via these test plots. Some seeds such as beets, lettuce, squash and carrots will be immediately familiar crops, while others such as snow peas will take some experimentation to determine if they can be viable cash crops. And this very significant contribution will form the basis of establishing a seed bank that will help to make the tree nurseries self financing – the basic concept is that farmers who receive seeds will return the same amount of seeds at harvest time, plus a third more than they were originally given. Seeds from the bank will continue to be given free to Yéle Vert farmers, but others in the area can purchase the surplus at less than the usually prohibitive rates for high quality crop seeds. 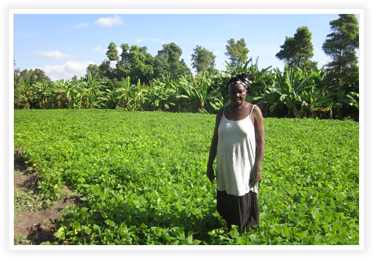 PHOTO: Jacqueline Castin, who farms this plot of land with her son Robert in the farming community of Mapou, near Gonaives, is showing off her first crop of high yield, non-hybrid beans grown with seed supplied by Yéle Vert. The seeds were planted in December and will be harvested in the first week of February. Photo: Yéle Haiti.

THIS IS PART ONE OF 5 TO BE RELEASED DAILY.