Where mosquito netting and bug spray fail, European scientists are turning to a unique solution to stem the tide of malaria infection worldwide: they’re breeding boy bugs that shoot blanks.

In a study release Monday in the Proceedings of the National Academy of Sciences, researchers in Italy and the U.K. showed they were able to genetically modify male Anopheles mosquitoes so that they wouldn’t produce sperm. The bugs would still produce seminal fluid, so mating rituals would go on per usual, but the fruit of coupling would be sterile eggs that don’t hatch.

“If mosquitoes [don’t] produce any progeny…the number of mosquitoes in the wild will be reduced, eventually reducing the chances of malaria transmission,” says co-author on the study Dr. Flaminia Catteruccia, of the Imperial College in London.

Though there are thousands of mosquito species, only a handful of them can transmit malaria, Catteruccia says, so targeting these species has the potential to reduce the spread of disease and is less likely to negatively impact the local ecosystem.

The fact that the Anopheles species of mosquito tends to be monogamous only enhances the effect, as those females who mate with sterile males tended to not seek out other, potentially virile mates.

Sterility may even prove a reproductive boon for sperm-less males, authors note, because making sperm is energy-consuming, thus the modified males may appear to be stronger mates.

More than 225 million people worldwide suffer from malaria. Each year, nearly 800,000 people will die from the disease, many of whom are children living in Africa.

“Given the constant spread of the disease, alternative approaches to the use of insecticides are urgently needed,” the study’s authors wrote.

Monday’s research is just the most recent example of a number of mosquito-modifying techniques tested in the past few years in hopes of limiting the mosquito population or the bugs’ disease transmission capabilities.

In 2009, Australian researchers used a modified bacteria to cut the lifespan of mosquitoes in half. Researchers hoped this would reduce the extent to which the bugs spread Dengue fever, an infection that afflicts tens of millions of people each year and kills 20,000.

Why might this work? Both Dengue fever and malaria require time to incubate within the bug before they can be transmitted by a bite. This means that shorter-living mosquitos can still be a source of food and serve their purpose in the ecosystem, but they don’t live long enough to pass on these diseases.

In 2010, between 2,000 and 3,000 of these short-lived mosquitos were released into the environment in Malaysia as a trial run for reducing Dengue fever rates.

Other mosquito-limiting tactics have included modifying males to be unable to fly (and who have offspring who also cannot fly) and injecting mosquitos with a special fungus that is thought to reduce the bug’s ability to pass malaria to humans, even when the bugs themselves become infected.

The hope with these various methods is that disease rates can be lowered without negatively impacting the surrounding ecosystems, which often include several species of insects and animals that rely on mosquitoes for food. 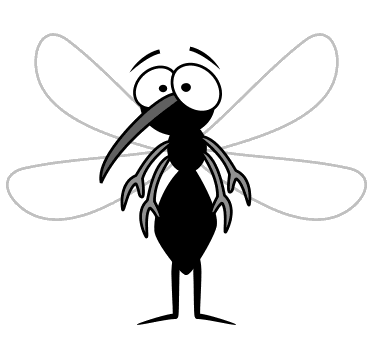