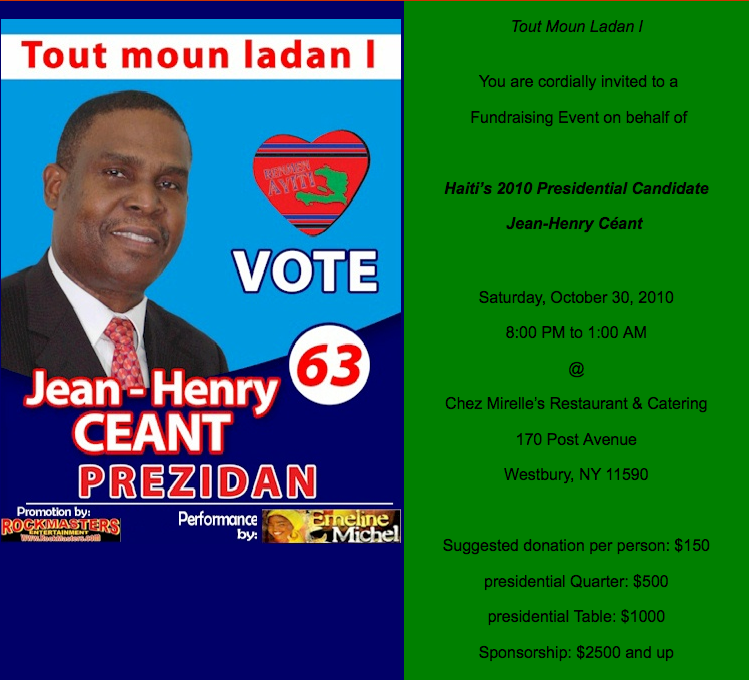 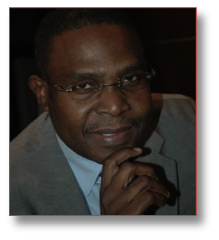 Jean-Henry Céant was born on September 27, 1956 in Goureau, Croix- des-Missions, Haiti. At a very early age, young Jean-Henry was taught the values of hard work, perseverance and responsibility by his parents, particularly his mother, a public market vendor in Port-au-Prince. Though his mother lacked formal education and struggled to support her family, she instilled the importance of education for all her children. Jean-Henry Céant, in 1984, received his law degree from the State University School of Law in Port-au-Prince. He also received advanced degrees from the University of Pontifia in Madrid, Spain.

Mr. Céant started his legal practice as a trial lawyer in Haiti’s Latin Law system. Soon, he opted to hold public office as a practitioner of voluntary private civil law when he became “Notaire” in Port au Prince, in 1986. He is currently member of the General Counsel of the prestigious International Union of Latin Notaries (UINL). He brings over twenty years of professional experience, ten of which he served as a professor of property law at Quisqueya University’s School of Law, including currently serving as a professor at the National School of Financial Administration (ENAF). He leads a number of major conferences and seminars for financial institutions, youth associations, and various religious, social, and political organizations.

Mr. Céant volunteers his time to several groups throughout the Haitian community, locally and abroad, including assisting on a pro-bono basis Habitat for Humanity, “L’Office National du Cadastre” (The National Land Registry Office), L’Hôpital Saint-Joseph and the Episcopal Council of the Catholic Church. He is a founding member of some of the most leading organizations in Haiti most notably the Cooperative Housing Association (COLOFE), The Tabarre Center of Research and Community Development (CREDECT), The Port-au-Prince Notaries Union (ASNOP), the Professional Association of Legal Professionals (APD), AIMER Haiti, Haitian Foundation for the Support of University Training (FHASFU) and The “DWA POU TOUT MOUN” Foundation.

In April 2006, he inaugurated the Frank Etienne Room, a meeting room dedicated to those wishing to share knowledge and experience. Convinced of the implications of the legal paradigm, “Nul n’est censé ignorer la loi” (ignorance of the law is no excuse), Mr. Céant believes that all citizens should abide by the laws and therefore must know their rights and duties under the law. To that end, he presents debates on the “Dwa Pou Tout Moun” (Creole for “Law for All”), a television show which he chiefly founded.

Mr. Céant has authored a number of legal texts including “The Guide for the Notary and his Clients,” – “The Guide for the Public Servant and the Citizen,” Volumes: I, II, and III. His latest work, “Etat d’Urgence, Loi du 15 avril 2010”, is an analysis of Haiti’s post-earthquake legal situation.

The SIMACT Foundation has recently recognized Mr. Céant for his leadership which has earned him citations from the New York State Assembly, the New York City Council as well as from the Borough of Brooklyn. His dedication and response to his people’s needs in the aftermath of the earthquake of January 12, 2010, has also earned him the appreciation from a variety of organizations in the United States, including Haitian American Organization (NOAH) in New York.

Outside of his work and hobbies, Jean-Henry Céant remains a dedicated Haitian who still believes in the dream of an open and modern Haiti. He is a father of four and lives in Haiti with his wife Chantal. 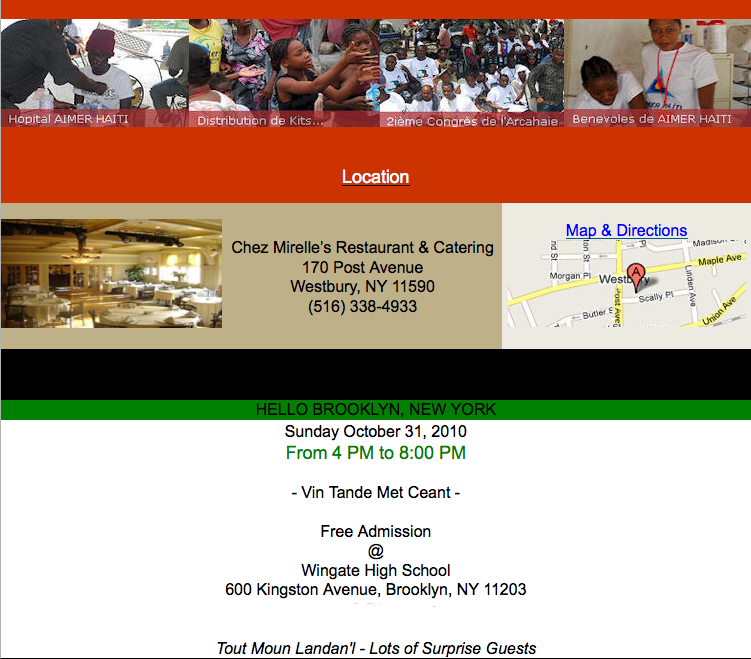