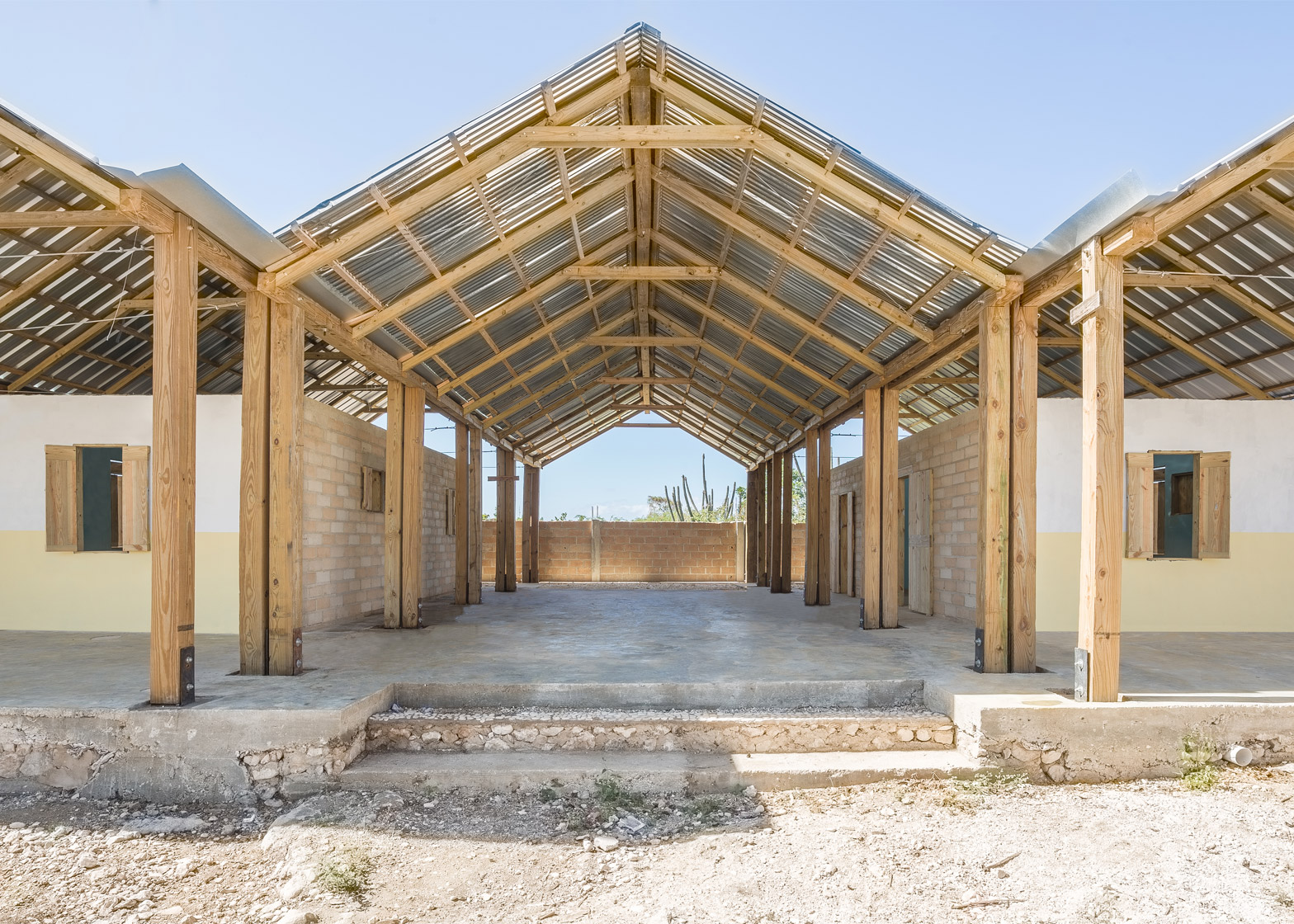 The zigzagging roof of this orphanage in Haiti is independent of its walls, allowing breezes to permeate the building and offer relief from the hot climate, as well as providing earthquake resistance (+ slideshow). 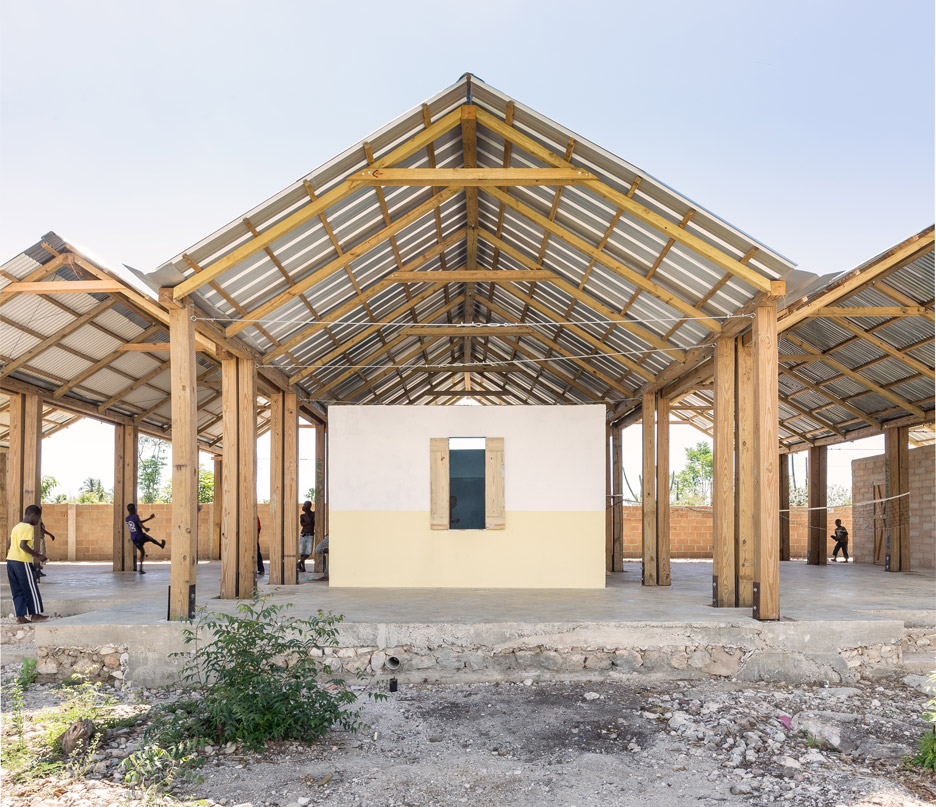 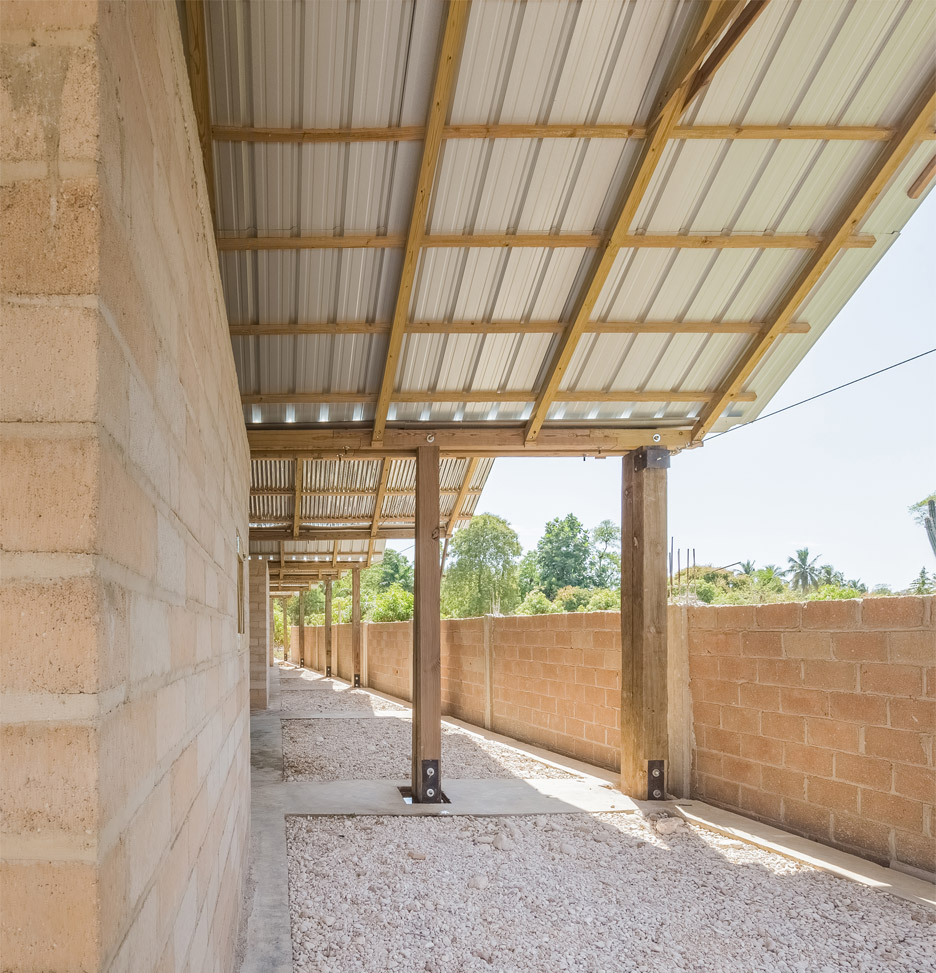 Commissioned by the NGO Ayitimoun Yo, the project is named Ti Kay Là, which translates from the Creole dialect as small house. It comprises three brick dormitories linked by verandas. It is the architect’s first completed building. 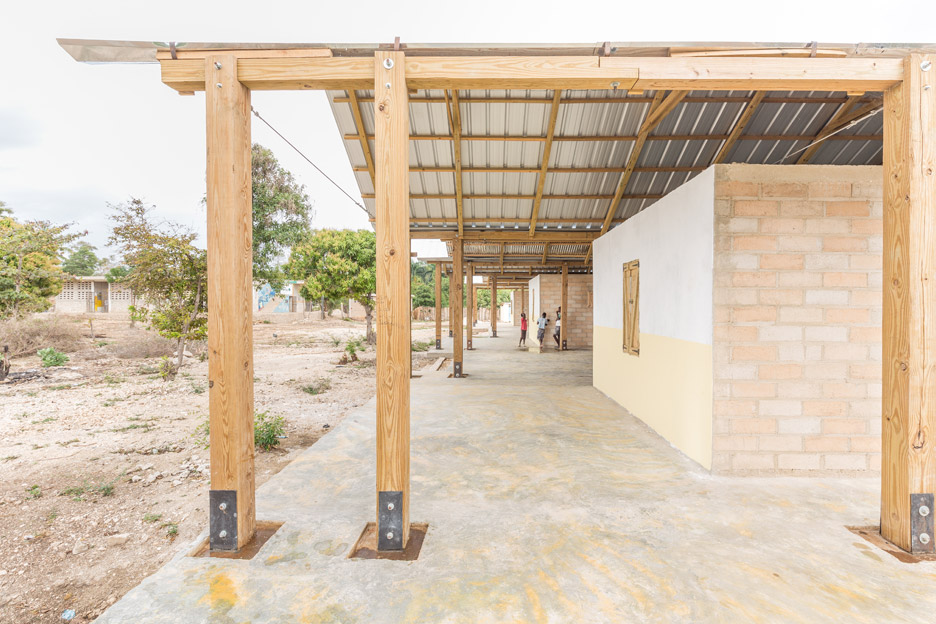 “A meeting with the NGO founders fostered the idea of designing an anti-seismic building for the children, that could also serve as a resource or haven to help them feel welcome and part of a family again,” said the architect.

“The NGO wanted a space that would be easy to control, in which the children could sleep and carry out their daily activities.” 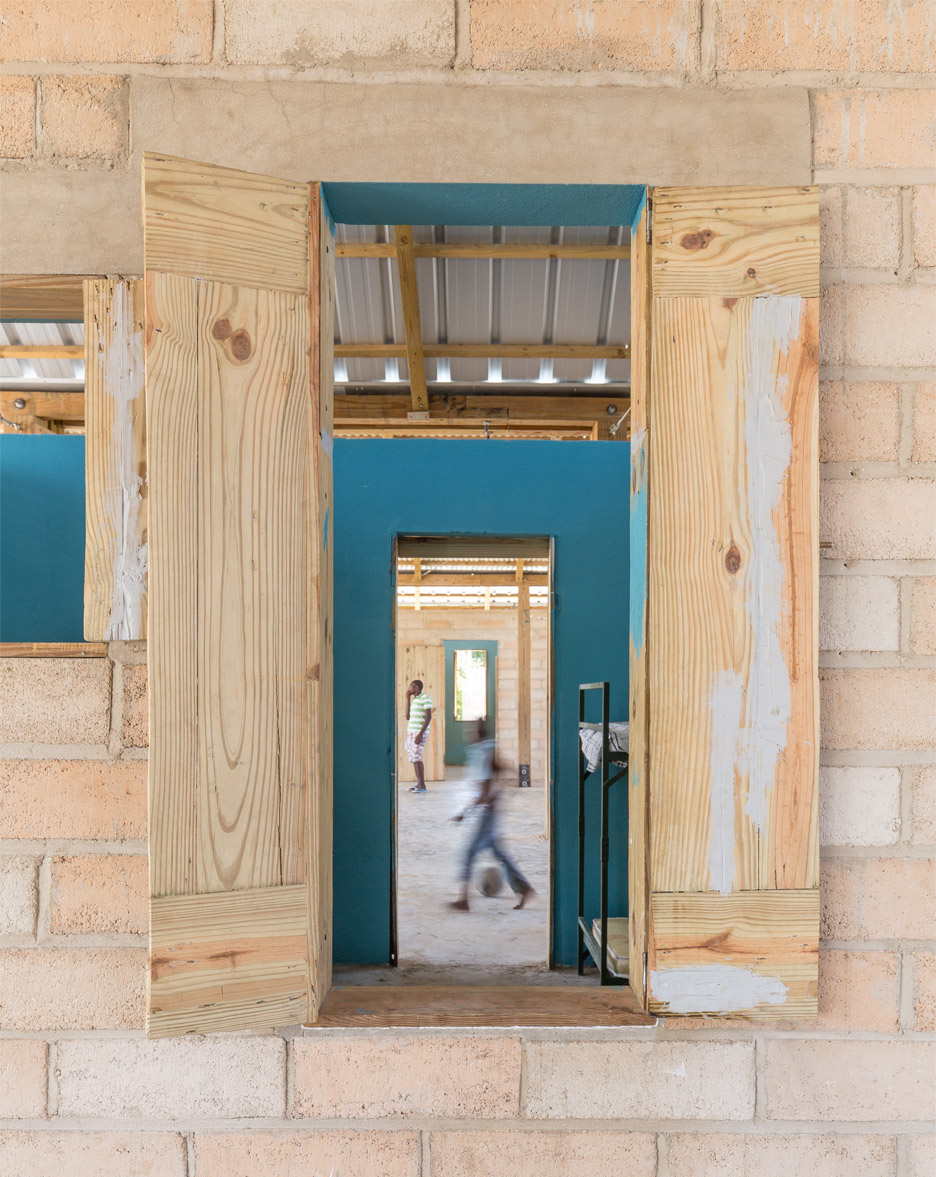 The brick dormitories have no ceilings and are tucked beneath the complex’s overarching roof, which is made up of six freestanding segments. 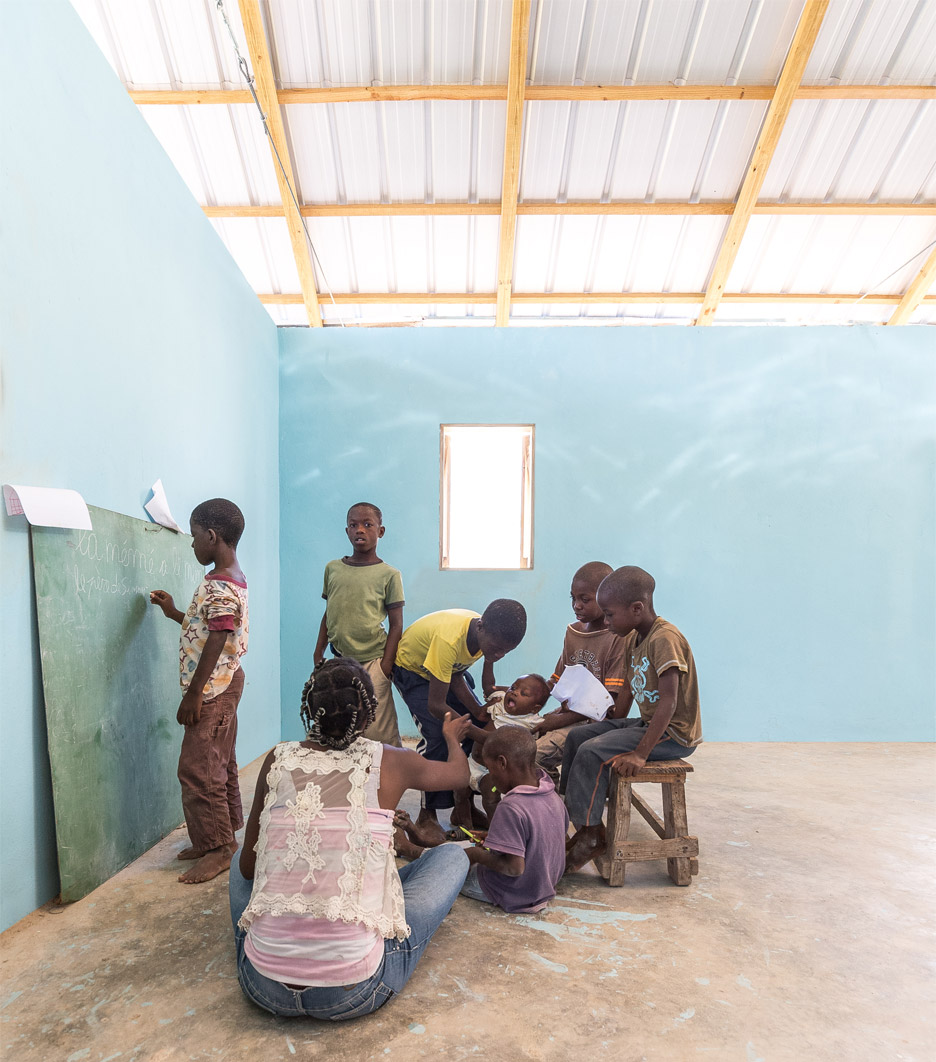 The braced roof structure is made from wood – chosen for its ability to flex – and is detached from the brickwork so as not to transmit vibrations during the earthquakes the region regularly experiences.

The roofs are covered in cream-painted aluminium sheets, which were selected for their lightness and durability, but also because local workers were already familiarity with the material. The dormitory walls are built from custom-made bricks. 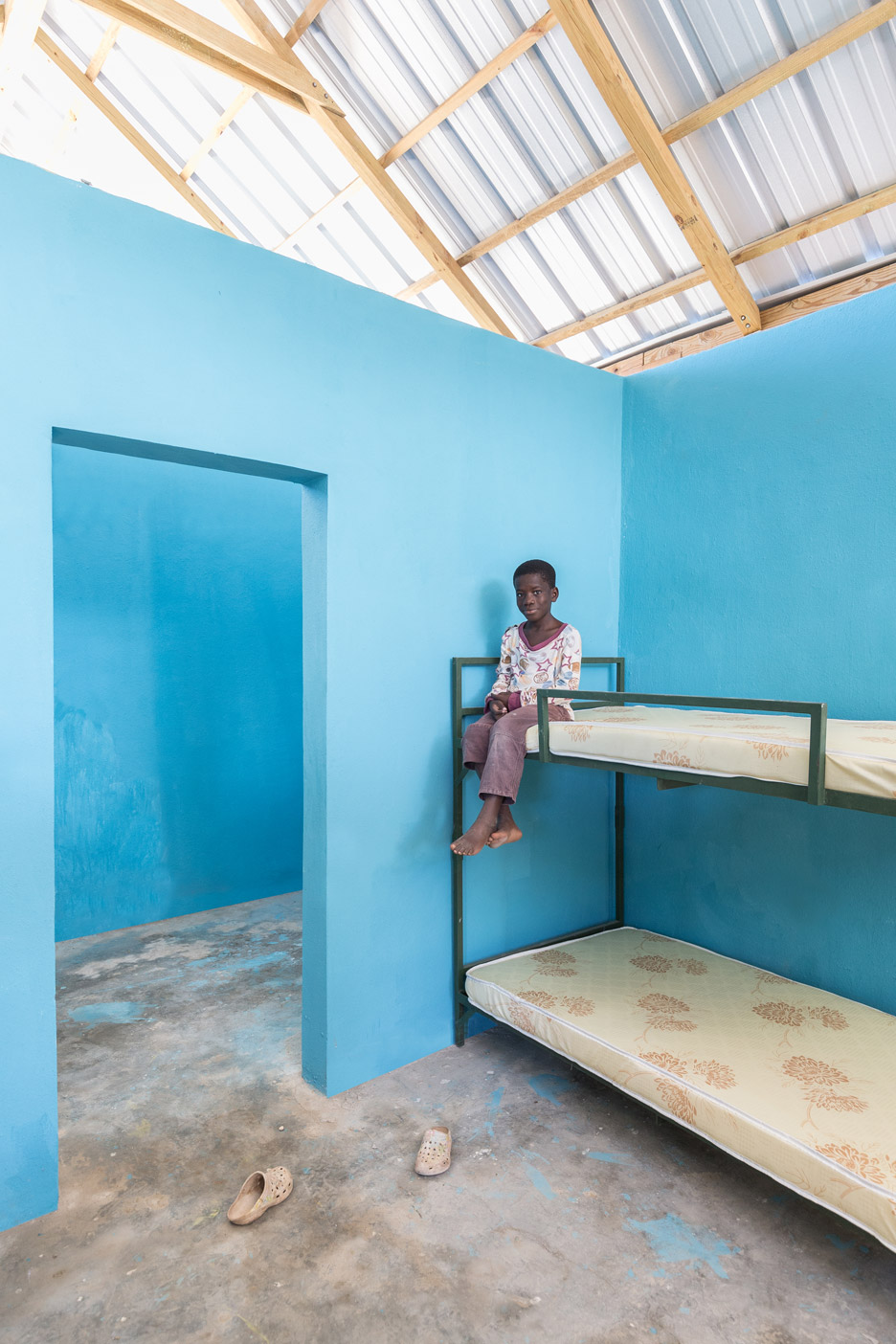 Concrete beams are fed through hollows in bricks to reinforce the structure further, and mosquito nets are strung across their open tops. 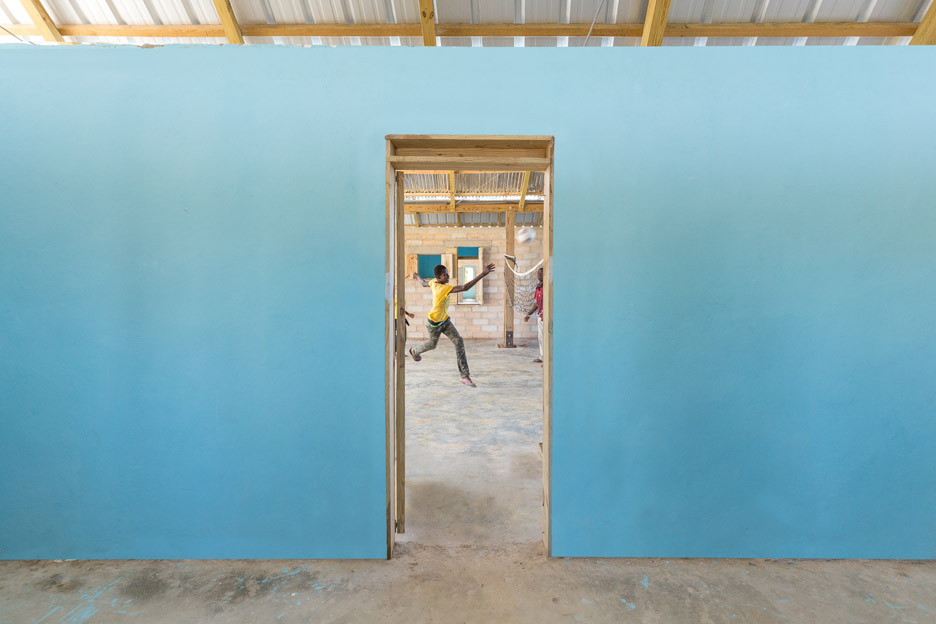 “It was important that the building fit within the local architectural context, two of its typical elements were adopted: the lakou settlement and the Haitian rural house,” said the architect.

“In the Haitian culture, the pitched roof especially means respect and acceptance, so it was included repeatedly, creating the characteristic shape of the uninterrupted cover.” 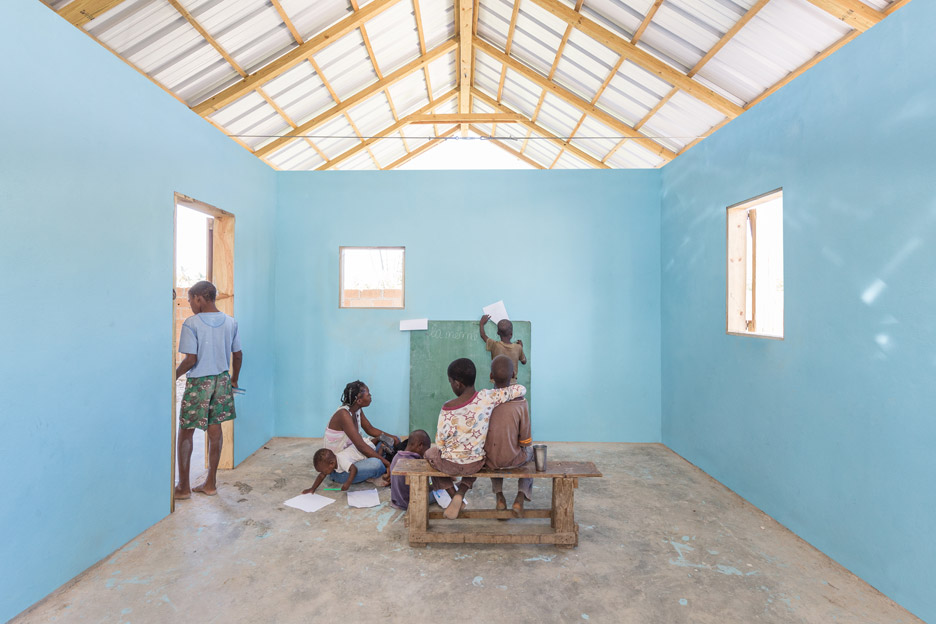 Workshops held with the children who would live in the complex also helped to determine elements of the design, including the colouring of the brickwork.

“This helped them to personalise their future houses and strengthened their feeling of ownership,” said the architect. 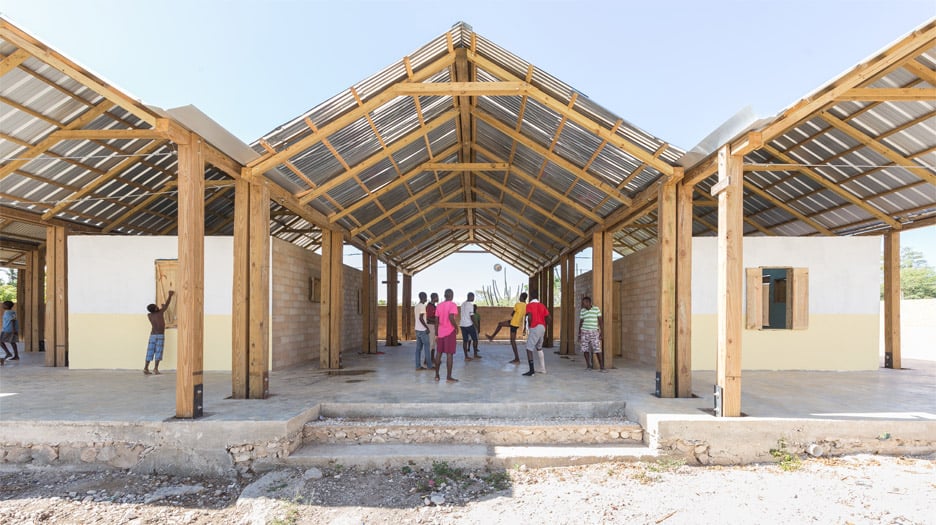 Due to Haiti’s limited resources, most materials – including concrete, aluminium and sand to produce the bricks – had to be imported from the Dominican Republic, which is a day’s travel from the site.  The process was further hampered by diplomatic issues between the two countries, making customs clearance for the goods difficult.

This was one of the most challenging aspects of the project, according to Visconti di Modrone, who also had to contend with a lack of water and electricity on the construction site. 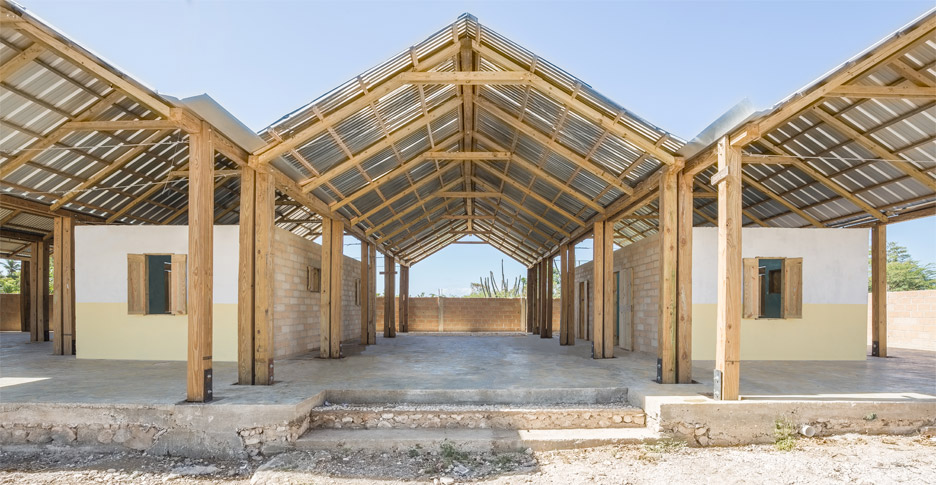 Haiti sits over the the Enriquillo-Plantain Garden fault system, which has been the cause of many earthquakes in the Caribbean. In 2010, the country was struck by its most severe earthquake in over 200 years, which caused the deaths of over 316,000 people and made 1.6 million homeless.

Architects are increasingly moving away from traditional steel-beam construction in earthquake-prone areas and developing innovative techniques with more flexible materials including bamboo and carbon fibre.

Japanese architect Kengo Kuma recently retrofitted a concrete office with carbon-fibre cables to provide some give during seismic activity, while a series of stilted schools were built in Thailand in the wake of a severe earthquake that hit the country’s Chiang Rai Province in 2014.