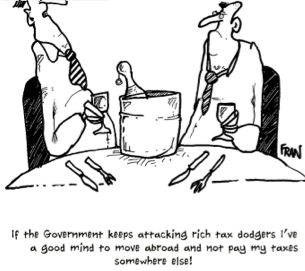 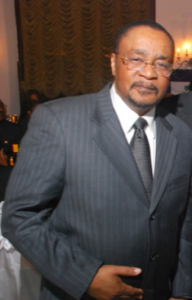 It is said that some of those who read, Franck Cine’s recent emotional letter, or heard the radio commentators making their biased observations, were brought to tears.

One must observe that Jack the Ripper could have written an emotional letter, that brought readers to tears, using the blood of the whore’s he murdered as ink.

The fact is, Franck Cine is a criminal who was caught by a weak government, unable to really handle such a case.  The Lamothe team has launched an assault on corruption and the Franck Cine case might be the ideal vehicle to mount a showcase oiperation.

The threat of this has seen Franck Cine mount a counteroffensive against the Martelly/Lamothe government in an effort to sway public opinion.  He is said to have purchased favorable coverage – an attack on Prime Minister Laurent Lamothe – in the Haiti Observateur.

Each and every Haitian must remember the plain and simple facts. Franck Cine, and Jean-Bertrand Aristide were a criminal conspiracy against the wellbeing of the Haitian nation. Their crimes are well within the Statute of Limitations.

Perhaps Antoine Atouriste can squeeze the truth out of someone and put Franck Cine back behind bars, where he belongs.

One must also investigate the source of funding for Franck Cine’s SOCABANK, now scattered to the winds. Some suggest the initial funding came from money stolen from the Central Bank by Charles Beaulieu, during the 1991- 1994 embargo period when he served as Governor. Some suggest a lot of the cash came from Franck Cine’s alleged involvement with the cocaine business.  Perhaps it was a mix. We do recall the fear and outrage, at the pressures exerted by Franck Cine, to be named to the Board of Directors of SOCABANK…

Even Leslie Pean, Franck Cine’s chief advisor, the guy who is said to have stolen $60,000,000 from the World Bank, talked against this.  Another of those “birds of a feather,” situations.

As the investigators, in the famous American Watergate case were told…”Keep your eyes on the money.” That advice suits the Franck Cine, Jean-Bertrand Aristide, Charles Beaulieu criminal conspiracies.

Is Cine in a game with his old partner, Jean-Bertrand Aristide, to destabilize the Martelly/Lamothe government??

Antoine Atouriste, and his anti-corruption team, should take a close look at this old file and see whether or not he could put a few of the real criminals behind bars.  This time, if convicted,  Cine could occupy a cell in the national penitentiary and not a comfortable hospital suite where he could get blow jobs from his mistress every day and send out for catered lunches.

This time the punishment should fit the crime.