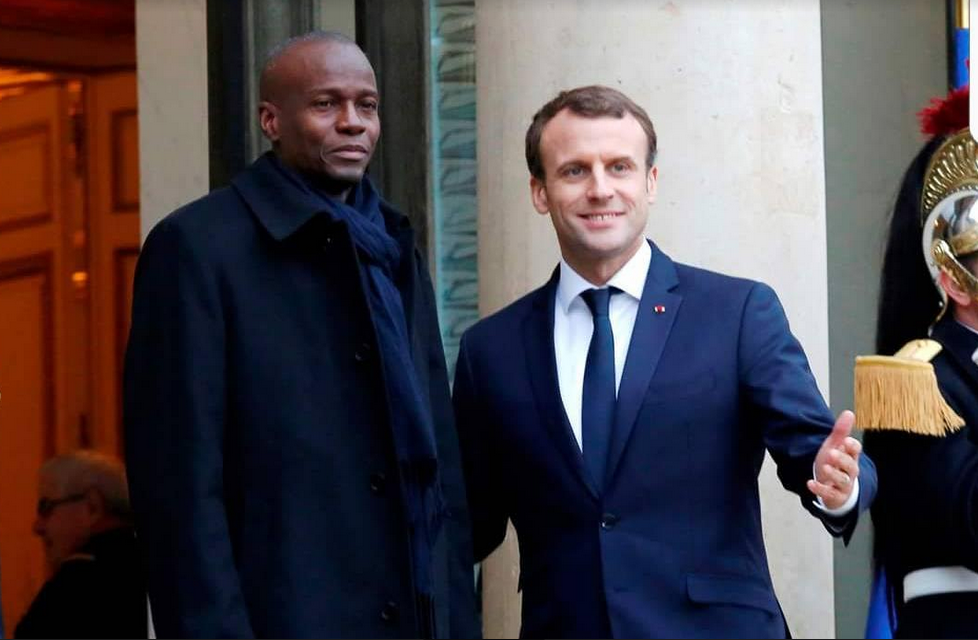 PARIS — The United States may have withdrawn from the Paris climate change accord, but on Tuesday dozens of world leaders and philanthropists met to find solutions to the swiftly warming planet — and send a message of resolve to the White House.

More symbolic than policy-driven, Tuesday’s summit comes two years after the landmark COP21 conference in Paris, when 196 participating countries — including the United States — vowed to keep this century’s global temperature increase below 3.6 degrees Fahrenheit. In one of the most controversial moments of his young presidency, President Trump announced in June that the United States would leave the Paris accord.

The United States is now the only nation on Earth to have rejected the global pact.

French President Emmanuel Macron, who has worked to establish himself as a presence on the world stage ever since his landslide election in May, has made no secret about the real motivations behind this second summit. “The (U.S.) withdrawal — to be totally fair with you — created a huge momentum to me to create a counter-momentum,” he said Monday night, in an extended interview with CBS news.

Since he took power, climate change has been among Macron’s signature issues. When Trump announced that the United States would drop out of the Paris accord, Macron launched a campaign called “Make Our Planet Great Again,” a riff on Trump’s campaign slogan. As part of that campaign, Macron offered research grants for foreign scientists studying climate change to come and pursue their work in France. On Monday, he announced the winners, which included 13 Americans.

For Macron, the American withdrawal “equates an impulse for a lot of others to say, ‘Okay, we have to react and do something, because it’s impossible to leave this all to — a sort of dismantling of the Paris agreement.’ ”

Some new commitments were made. The World Bank, for instance, announced that it would stop financing projects that involved oil and gas exploration beginning in 2019.

The “One Planet” summit will focus on practical ways to continue meeting climate goals without the participation of the U.S. government. So the main emphasis is on private financing for climate initiatives in the United States and elsewhere. A major goal of the summit is to encourage private investors to fill the annual gap of $210 billion needed to meet the requirements of the Paris agreement.

Former New York City mayor Michael Bloomberg, a billionaire and leading climate change advocate, vowed to convince companies to participate. In Paris on Tuesday, he said the “America’s Pledge” initiative he announced after Trump withdrew from the Paris agreement was on track to meet the initial goals.

“Our coalition now represents more than half of the U.S. economy. It continues to grow,” Bloomberg said, referring to the large number of cities, states and businesses that have joined forces. “Together we are going to meet the goal that this country set in Paris by reducing emissions by at least 26 percent. There isn’t anything Washington can do to stop us.”

Bloomberg emphasized the business incentives behind addressing climate change. “Clean energy is now cheaper than coal, energy efficiency saves money and improves your bottom line, and talented people want to work for companies that care about the planet,” he said.

The biggest challenge to convincing more companies to go green, Bloomberg added, is that “reliable data doesn’t exist.” To solve that problem, he has chaired the Task Force on Climate-related Financial Disclosures (TCFD), an organization that seeks to communicate financial risk related to climate change.

“We need economics not politics to be able to drive transition to low carbon economy,” said Mark Tucker, chairman of HSBC. “Disclosure is absolutely key.”

What’s most important from where the world meets Washington

For political analysts, Tuesday’s summit provided further evidence of Macron’s desire to assert France as a principal mediator in virtually every important global deliberation, and especially on climate change.

“There is an element of prestige here, because France and President Macron want to play a leading role in the global climate governance, and I think there are just two leaders who are credible there: Macron and Xi Jinping,” said Marc Antoine Eyl-Mazzega, director of the Center for Energy at the French Institute for International Relations, a Paris-based think tank.

Xi — who was not in attendance at Macron’s second Paris summit — has also been a dogged supporter of the Paris agreement, even if China remains the largest greenhouse gas emitter on Earth. He, too, has been critical of Trump on the issue of climate change.

“Some countries have become more inward-looking and less willing to take part in international cooperation, and the spillovers of their policy adjustments are deepening,” Xi said in September, stopping short of mentioning the United States by name.