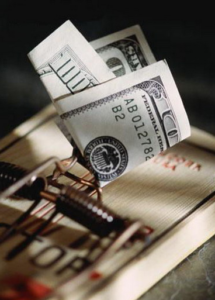 Robert Antoine, 62, of Miami and Haiti, accepted bribes from three U.S. telecommunications companies, defrauding Telecommunications D’Haiti (Haiti Teleco), admitting that $800,000 of these bribes were intended to be given to him.

Antoine was the director of international affairs for Haiti’s state-owned national telecommunications company, Haiti Teleco from May 2001 to April 2003. He disguised the origin of the aforementioned funds by laundering them through intermediary companies, including J.D. Locator Services and Fourcand Enterprises.

The $800,000 that Antoine was to receive was from a U.S. telecommunications company for which Joel Esquenazi was the president and director, Carlos Rodriguez was the executive vice president, and Antonio Perez was, at times, the controller. Perez pleaded guilty on Apr. 27, 2009, to conspiring to commit FCPA violations and money laundering.

Esquenazi and Rodriguez, as well as Jean Rene Duperval, who was director of international relations of Haiti Teleco, and Duperval’s sister, Marguerite Grandison, were indicted along with Antoine on Dec. 4, 2009.

“The IRS is committed to enforcing the anti-money laundering laws and will continue to work with our international partners to investigate violations worldwide,” said Special Agent in Charge Daniel W. Auer. “Haitian law enforcement should be commended for their commitment and professionalism throughout this investigation.”