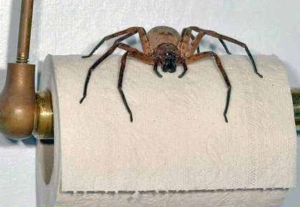 A former Haitian official who testified twice at trial on behalf of prosecutors in foreign bribery cases had a four-year prison sentence reduced to 18 months, and he will soon be out of prison.

Prosecutors in April filed a Rule 35 motion asking a judge to reduce the prison term for Robert Antoine, the former international affairs director of Haiti’s state-owned telecom firm, for his cooperation with law enforcement in two jury trials as part of a broader investigation into bribery of Haitian government officials by a Florida-based telecommunications firm.

Antoine, who pleaded guilty to money laundering conspiracy in March 2010, was sentenced to four years in prison on June 9, 2010, and began serving time in January 2011. He’s already served 16 months and 25 days, giving him at most another month in custody, said his lawyer, Dennis Kainen, in an interview.

Prosecutors had sought a 50% reduction in Antoine’s sentence, which would have meant he’d be free by January 2013.

“We’re very pleased that both the court and the government recognized the excellent and truthful cooperation that Antoine provided in his testifying twice at trial,” said Kainen. “He looks forward to being reunited with his loving family.”

Several defendants have been convicted so far in the investigation, the Justice Department has said, including Joel Esquenazi, the former president of one of the telecom firms, who received the longest-ever sentence in U.S. history for violating the Foreign Corrupt Practices Act. Esquanzi’s appeal is pending before the U.S. Court of Appeals for the 11th Circuit.