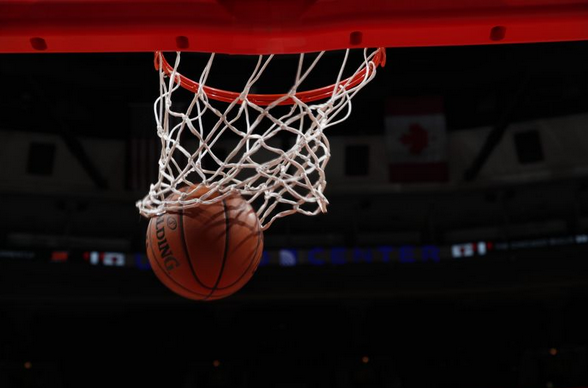 Mike Woodbury, the owner of Florida prep school Nation Christian Academy, was heard in an audio clip posted to YouTube this week in a profanity-laced rant toward one of his players.

Woodbury can be heard harassing one of his players, Marvens Petion, in the audio clip, and even threatened to send him back home to Haiti after Petion told him that he wanted to transfer schools.

The audio clip in question

The three-minute audio clip of the interaction, which took place about two weeks ago, was posted on YouTube on Tuesday.

“Just get out of my face,” Woodbury said. “Take your broke asses – I’ll say it again – your broke asses back to the f—ing garage. I don’t want to hear shit from you. Bottom line. The next thing I hear from you, just get the f— out. Walk the f— out. I don’t give a shit. I control transcripts. I control where you go next. It could be back to Haiti, motherf—er. That’s how easy it is for me … I’m the one thing that you don’t want to cross. I’m the dirtiest, baddest motherf—er on this Earth.”

At one point, Petion attempts to say something and Woodbury cuts him off by saying, “Hey, shut up stupid ass.”

Woodbury has no regrets

Woodbury said he only had one regret about the interaction with Petion — though it’s not the one that you’d expect.

“No. F—, no,” Woodbury told Stadiumwhen asked if he had any regrets. “Yes and no. I regret the fact that I tried to be a father figure. It hurts my heart.”

Woodbury, who said he is the CEO and owner of Nation Christian Academy, made several accusations regarding Petion. Woodbury said that alcohol was found in Petion’s room, alleged incidents of theft and attempts to extort school leadership, and that Petion skipped school, which was “the final straw.”

Petion, who came to the United States when he was 15 and was one of several players who stayed at Woodbury’s house, denied all of those allegations and said he has missed just one day of school this year.

Petion said he left the school two days after the conversation, and is now enrolled at West Oaks Academy. When he received his transcripts, he was “shocked” to find that he now had a 1.4 grade-point average, and alleged that Woodbury changed his grades.

“He changed everything,” Petion told Stadium.“He changed what I did.”

Woodbury denied that allegation, and said that he doesn’t have that capability. Liz Bell, the head of the school, told Stadium that Petion had a B-average while at the school.

A history of verbal abuse

Petion said that this wasn’t the first time Woodbury had threatened to “send him back to Haiti.”

“He did that in a game when I wasn’t playing well,” Petion told Stadium.“He told me he was going to cancel my visa in the middle of the game. What kind of person does that?

“He never put his hands on me, but he said some crazy stuff to me and my teammates.”

Multiple former players who were coached by Woodbury have also told Goodman that they experienced verbal abuse from Woodbury, and said that other players and even parents were victims of his abuse.

Shortly after the tape surfaced, the Sunshine Independent Athletic Association — the private school league in Florida that Nation Christian Academy competes in — told Stadium that it is parting ways with the school.

The Haitian student needs to find a really good attorney and take action against this idiot, and the school.

It is a “no brainer” to win against this foul-mouthed fool.

The attorney will make a fortune, with his 33% Contingency Fee and the student will have his tuition and expenses covered forever.