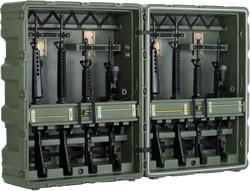 Yesterday ex-Prime Minister Jacques Alexis attacked President Rene Preval, accusing him of distributing cases of weapons and ammunition in a plan to create conditions in which elections must be canceled. He called Preval a traitor and went on to describe all of the various outrages Preval planned, and those outrages he had already carried out.

Of course, this is a case of “the pot calling the kettle black” since Alexis has been a criminal partner of Preval for many years. Alexis was one of the perpetuators of the massive $198,000,000 theft of Petro Caraibe funds. Even after he was dumped for incompetence, as Prime Minister, he effectively ran Prime Minister Pierre Louis’s office while she was in place.

He did nothing positive for the Nation, during his years as Prime Minister or Minister of Education. When he was Minister of Education he stole a bunch of Canadian government funds, aimed at improving Haiti’s educational system. He used the funds to buy real estate in Canada, where his wife resides, and was then refused a visa to Canada, because of this.

Alexis attacking Preval – with true facts known to him as an insider and fellow criminal…just indicates a simple falling out among thieves.

Do not think that Alexis is the savior of Haiti.

He remains a malicious, malevolent, greedy criminal who has done everything dirty in this country.

Having said this, his revelations, as a long-time Preval insider and intimate confidant, must spell the end to Rene Preval and remove any possibility of impunity, immunity, or whatever you wish to call it, after his term ends.

Perhaps it ended last night, with his death.

It will end in November, one way or another.

There can be no immunity for Preval’s inner circle, past or present. Alexis, Elizabeth Delatour, Jude Celestin and the rest of the murderers, cocaine traffickers, and thieves must face Justice.

We are waiting for confirmation, or denial of Preval’s death.

If he is still in life..

PREVAL IS A DEAD MAN WALKING.