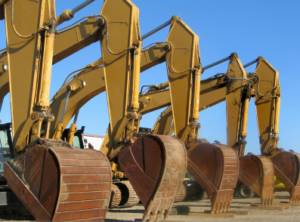 Here is a guy who was arrested, during the Aristide presidency, with 53 kilos of cocaine in his car, along with $156,000 US in cash. He was in his SUV on Route National #1 early one morning.   Rather than be pleased with the arrest, a government official  (PREVAL)  made the police return the drugs and money to Bonefil.

Now President Rene Garcia Preval has returned to the scene of the crime and has given the cocaine trafficker Bonefil control of hundreds of millions – perhaps billions of US dollars being channeled into Haiti for reconstruction projects.  As partners in the crime Preval has embedded his wife, the avaricious courtesan Elisabeth Delatour-Preval, and Jude Celestin in  the Bonefil team.

During the earlier Preval Presidency, people expecting a shipment of drugs went to the palace. From here, Preval’s vehicle transported them to and from the docks, returning the traffickers to the Palace where they paid their  fee to Preval and then left with their cocaine.  Preval depends upon those he has dealt with before and picked Bonefil because of this.

All of the facts, mentioned here, are known to the American embassy, and others in Haiti. Why do they tolerate the this ongoing criminal conspiracy??

Watch this site for all the details of the Bonefil’s project!!