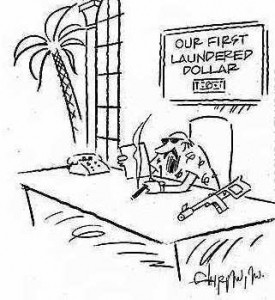 Oral arguments began today in a landmark appellate court case that will address what it means to be a “foreign official” under the Foreign Corrupt Practices Act.

In addressing the case, U.S. v. Esquenazi, the U.S. Court of Appeals for the Eleventh Circuit is the first appellate court—as opposed to a trial court—in FCPA history to squarely tackle the Justice Department’s interpretation of “foreign official” under the FCPA, with the potential to set a new precedent in all other FCPA cases moving forward.

A ruling in favor of the Justice Department could lead enforcement agencies to seek “to push the envelope even more and broadening the application of what it means to be a foreign official,” stated an Alston & Bird client alert. “A ruling for the appellants, on the other hand, could result in the loss of a major tool in the government’s FCPA arsenal and could result in calls for a legislative fix.”

The case stems from a federal jury’s conviction in October 2011 of Joel Esquenazi and Carlos Rodriguez for their roles in a scheme to bribe officials at Haiti Telecom, a Haiti state-owned telecommunications company. Esquenazi and Rodriguez were convicted at trial and sentenced to 15 and 7 years in prison, respectively.

Most significant about the Haiti Teleco case is that defense lawyers asked the judge to dismiss FCPA accounts due to the ambiguity around the term “instrumentality.” The FCPA prohibits U.S. companies and employees from paying bribes to foreign officials to obtain business abroad, but the law vaguely defines “foreign official” to mean an “officer or employee of a foreign government or any department, agency, or instrumentality thereof.”

Defense attorneys argued that foreign state-owned enterprises—as opposed to government agencies—should not be covered by FCPA because state-owned entities are not an instrumentality. In the case, however, the district judge denied that motion.

In its response brief to the appeals court, the Justice Department stated that “the district court’s instructions on the meaning of ‘instrumentality of a foreign government’ were correct.”

“The instructions stated that an instrumentality must perform a governmental function and provided a non-exhaustive list of relevant factors for the jury to consider in deciding whether Teleco was an instrumentality of the government of Haiti,” the Justice Department wrote.

In this case, the evidence “sufficiently established that Teleco was an instrumentality of Haiti during the relevant time period,” the Justice Department wrote. According to court documents, the government, through its national bank, owned 97 percent of Teleco’s shares. If Teleco had been profitable, those profits would have accrued to the government and the national bank. Because it was not, the national bank subsidized Teleco.

The district court and the Justice Department further noted that Haiti’s president and high-level ministers controlled Teleco through their appointment of Teleco’s board of directors and general director. Teleco’s status as a government instrumentality is also reflected in Haitian law that subjected Teleco officials to its prohibitions against official corruption.

Arguments in Esquenazi are being held in Miami. The Eleventh Circuit typically allots 15 minutes per side to make their arguments; Esquenazi is the only case on the court’s docket this week allowing each side a full 30 minutes.