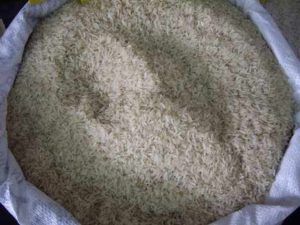 Instead of squatting over a small street-side fire cooking take-out food, Datilia Roland Doriela spends the day inside her tiny country house. At regular intervals, she crosses herself and says a prayer to God, hoping to persuade Him to put an end to the latest crisis plaguing central Haiti: fear of farming.

More related to this story

Haiti then and now

Timeline: A year of tumult in Haiti

How you can help in Haiti

The cholera epidemic that sickened more than 150,000 people and killed several thousand more has tapered off inside Haiti’s hospitals. But the effects of it are still playing out in L’Artibonite, the rich agricultural region at the centre of the country known as Haiti’s “rice basket.”

Farmers and the labourers they rely on to harvest rice are refusing to go into the marsh-like paddies because they fear cholera will infect them.

This is causing ripples across the country, from markets in Port-au-Prince, where there is less food available for purchase, to families in Haiti’s northern regions who travel south for farm jobs during harvest but are afraid to risk wading into the fields.

In the Artibonite itself, nearly 90 per cent of respondents to a recent Haitian government survey said they have felt the effects of the link between water and cholera. Meat prices in local markets have tripled because people are afraid to eat fish from the river. Labourers willing to work in the fields are charging a premium, cutting into farmers’ already thin margins.

“A lot of [farm] families are always just on the edge in terms of being able to provide for the family,” said Etienne Peterschmitt, the senior United Nations Food and Agriculture Organization official in Haiti, so any “little additional shock” to family incomes is forcefully felt.

And with a shortage of people willing to harvest the crop, “what you have available now is not enough to feed everyone.”

The farmers’ concerns about their fields are not unfounded. Because sanitation conditions are so poor in the rural region – the fields and canals people rely on for water double as latrines – it was among the first to be stricken by the cholera epidemic.

The list also includes farming, because it is a mucky job in the Artibonite. Rice farmers plod about the paddies in bare feet. Water often splashes in their faces and mouths as they drag rakes beneath the water.

“The only information we had was if we ever put our feet into the water, we’ll catch it and we’ll die,” said Dieufet Louis, a 49-year-old farm manager with seven children whose family has farmed rice for several generations. He was able to entice some labourers back to the field by giving them sneakers to wear, saving 10 per cent of the season’s rice crop. By then, much of the rest had started to rot.

“Our life depends on the rice we harvest. Since we have no other option, we’ll have to start over again,” Mr. Louis said. “We’re kind of starting from scratch. There is no credit system and it’s going to take a long time to get to a point where it’s sustainable.”

Rice growing has a troubled history in Haiti. A flood of cheap rice from the United States during the Clinton presidency nearly wiped out the sector. While imported rice remains cheaper than the locally grown variety, the earthquake recovery delivered a shot in the arm to efforts aimed at regenerating capacity. The realization that agriculture is important and worthy of investment was starting to take root when Hurricane Tomas flooded the area last summer. Then cholera struck.

“It’s difficult to imagine a renaissance of agriculture in Haiti right now,” said Charlot Dioly, a 49-year-old farmer from the community of Grande Saline, one of the first hit with cholera. “It’s going to take longer.”

Mr. Peterschmitt and his team have been doing what they can to help Haiti’s farmers by travelling to remote areas to spread cholera prevention messages. The team explains that cooking food well and washing hands with soap will help to keep people healthy. They also advocate better sanitation in the fields. So far, the message seems to be getting through.

The impact of the cholera scare will likely be felt throughout the coming year. Farmers who weren’t able to sell at market over the past few months will plant less this spring. Then when that crop is harvested, they will have less to sell.

Ms. Doriela lost all of her livestock to either drowning or starvation, including 10 goats whose milk she sold to pay for her children’s school fees. No one will buy vegetables from her, nor will they buy the food she cooks on the street. Her family, she said, is down to eating one meal a day.

“We’re making a lot of sacrifices as far as things to eat,” she said. Still, she has no plans to head back to the farm. “I think cholera is still present in the water, in the mud.”