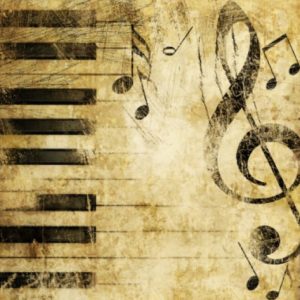 A son and daughter rally around their father, helping to put on fund-raising concerts that would raise money to rebuild a music school in Haiti.

As Romel Joseph lay trapped beneath what could have been his final resting place, he thought of his daughter and his son and the music school above him in ruins.

He swore, as he waited for help to come in the days following the 2010 Haiti earthquake, that he would rebuild that school.

The crumbled remains of the New Victorian School have been carted away. All that remains is a temporary shelter, surrounded by barren land.

But Joseph is still working to recreate the school. And now he’s being helped by his son and daughter, 20-year-old Bradley and 25-year-old Victoria.

The trio is performing in a series of small concerts, hoping to raise money that would go toward rebuilding the school.

“We haven’t performed together often, but we’re more aware of each other now,” said Bradley, an economics and piano student at Florida International University.

The series is called “The Josephs’’ and will be one of the first formal performances the family plays together, a marriage of classical and Haitian music Romel has arranged.

“His knowledge for music is just impeccable,” said Victoria, who graduated from the University in Miami. “It could be because he’s blind.”

Born blind in one eye and barely able to make out shadows in the other, Romel Joseph was raised in poverty in Port-au-Prince.

Scholarships and a Fulbright grant paid for training at The Juilliard School. He started his musical career with the Boston Symphony, but decided to return to his homeland to help the poor.

It was there, in the Turgeau neighborhood, where he built his school in 1990.

But all that was wiped away on Jan. 12, 2010. When the quake hit, the concrete, five-story school was ripped apart. He was on the balcony of the third floor.

Two floors below him, his new wife, pregnant with their first child, was crushed to death.

It took rescuers 18 hours to pull Joseph from the debris. He spent that time reciting in his mind Tchaikovsky and Mozart concertos.

He was flown to Miami’s Jackson Memorial Hospital where he underwent numerous surgeries on his hand and legs.

As his story got out, help poured in.

A violin maker in California reconstructed Joseph’s violin, which had been found amid the rubble.

“Over time we didn’t know what condition it was in,’’ said Anne McKinley, the violin maker’s wife. “It turned out it wasn’t just toothpicks — there was water damage.”

Today, many of the donated instruments are left exposed to the elements as the school operates in the shelter.

The temporary shelter is becoming a distraction for the students. They’re rehearsing for the school’s holiday concert.

“To really build an orchestra you need time and you need consistency,” said Romel Joseph. “It’s always hard because Haiti’s never stable for too long.”

His efforts have been met with opposition as Haiti reeled from a cholera outbreak and tropical storms. And funding for the school simply is not there.

It’s been a struggle finding teachers. Even if someone were interested, housing is still an issue. The dormitory they had before is gone.

Prior to the earthquake, the school caught fire when a fuse short-circuited and a fire broke out. Romel was back teaching in less than a month.

This is a chance to get it right, Romel said.

“He always tells me the third time is a charm,” said Victoria.

Romel Joseph hopes the concerts will create awareness for the arts in Haiti — and the country’s recovery.

“It has been almost three years and it seems like everybody has forgot about it,” he said.

Normally, the father, son and daughter would offer Tchaikovsky or Brahms. But for these concerts, Romel has arranged something a bit different to accompany the classical pieces: Haitian folk music.

With Bradley on piano, Victoria on violin and viola, and Romel on violin, the knell and force of “Haiti Cherie’’ fills the air.

The song hankers with passion for the island nation, much like Romel Joseph does for his school of music.

In rebuilding the institution, Joseph is aiming high. He wants to form a youth orchestra and expand the school’s curriculum to art and performance programs.

You see, Romel says, “you can only truly train some one if you control their education.”

How else would they get into places like Julliard, the Berklee College of Music and places of the like?

He is striving for a model like the New World School of the Arts, a sort of compulsory education that is not offered in certain areas of Haiti. It will be a curriculum focused on the arts and general education.

There’s an architect out in Colorado ready to design the school, Romel said.

On this day, Romel’s violin looks and plays just as it did when he received it as a student at Julliard. A teacher there, Margaret Pardee, gave it to him.

It’s hard to notice the trigger fingers that have developed as a result of injuries from the earthquake. He broke three fingers in his left hand.

He walks with a slight limp, the consequence of a fall off the sidewalk. His mission is not stalled in the least.

“He needs surgery on his ankle,” Victoria said.

But the students’ concert in Haiti is in December and he doesn’t want to be immobile for that. So, he moves along.

“He has that mentality that there is no time tomorrow,” Victoria said.