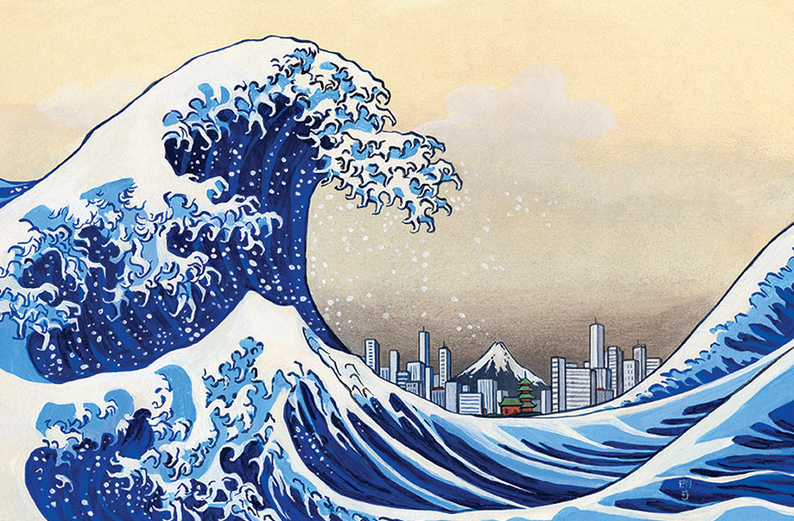 Infectious-disease experts are warning of a potential cold-weather surge of coronavirus cases — a long-feared “second wave” of infections and deaths, possibly at a catastrophic scale. It could begin well before Election Day, Nov. 3, although researchers assume the crest would come weeks later, closer to when fall gives way to winter.

An autumn surge in covid-19, the disease caused by the novel coronavirus, would not be an October surprise: It has been hypothesized since early in the pandemic because of the patterns of other respiratory viruses.

“My feeling is that there is a wave coming, and it’s not so much whether it’s coming but how big is it going to be,” said Eili Klein, an epidemiologist at Johns Hopkins University School of Medicine.

The pandemic is already a dominant campaign issue, and it’s not clear that even a spike in deaths would apply much torque to the presidential race. Outbreaks in some states could also bring pressure further down the ballot and conceivably affect turnout if there is so much community spread that voters who planned to cast ballots in person feel unsafe going to the polls.

The warnings from researchers come at a moment when, despite a rise in cases in the Upper Midwest, national numbers have been trending downward at a slow pace for several weeks following the early-summer surges in the Sun Belt.

Respiratory viruses typically begin spreading more easily a couple of weeks after schools resume classes. Although the pandemic has driven many school districts to remote learning, there is a broad push across the country to return to something like normal life.

The Labor Day holiday weekend is a traditional time of travel and group activities, and, like Independence Day and Memorial Day, could seed transmission of the virus if people fail to take precautions. And viruses tend to spread more easily in cooler, less humid weather, which allows them to remain viable longer. As the weather cools, people tend to congregate more indoors.

The coronavirus has a relatively long incubation period, and the disease progression in patients with severe illnesses also tends to be drawn out over several weeks. As a result, any spike in deaths will lag weeks behind a spike in infections. And the infection surges have consistently followed the loosening of shutdown orders and other restrictions.

A model produced by the University of Washington’s Institute for Health Metrics and Evaluation and published Friday forecasts a “most likely” daily death toll of 1,907 on Election Day, roughly double the current toll. Under the IHME forecast, the numbers would continue to rise until early December, peaking at more than 2,800 deaths daily.

By year’s end, 410,000 people in the United States will have died under the model’s most-likely scenario. That’s more than double current fatalities. The model also produced best-case and worst-case scenarios — ranging from 288,000 to 620,000 deaths by Jan. 1 — depending on the degree to which people wear masks, adhere to social distancing and take other precautions.

“I firmly believe we will see distinct second waves, including in places that are done with their first waves. New York City, I’m looking at you,” said Andrew Noymer, an epidemiologist at the University of California at Irvine who studied the October surge in cases when the mild pandemic influenza virus circulated in 2009.

If that’s correct, the worst impacts will occur after the campaigning is over and the ballots have been cast. The exact timing is unlikely to be a political factor, contended David Rubin, the director of PolicyLab at Children’s Hospital of Philadelphia, who said that most people have already made judgments about the candidates’ handling of the pandemic.

“I wouldn’t foresee anything happening between now and the election that would change the dynamics of the election,” Rubin said.

President Trump’s approval rating has been remarkably consistent through the pandemic, noted Kyle Kondik of the University of Virginia Center for Politics. Though Trump lost some ground in May and June, he is no less popular than he was last fall, when the economy was strong and people could travel freely.

“There has been a little bit of erosion, but not a ton,” Kondik said. Of course, in a close election, even a small shift “could be a difference between victory and defeat.”

Rubin raised another possible consequence of increased viral transmission in advance of the election: Candidates could become sick.

“The candidates are campaigning. They’re mixing with people,” Rubin said. “I would not be surprised to see a couple people get sick, and whether that goes all the way to the presidential candidates could be a game changer. This virus has got pretty close to the president a couple of times.”

The timing of the pandemic remains unpredictable in part because it is not yet a seasonal virus. Seasonal viruses, such as those that cause influenza, and the coronaviruses that cause common colds, are remarkably faithful to the calendar, with most typically flaring in the fall a couple of weeks after children go back to school and start bringing their newly acquired infections into their homes, said Ellen Foxman, an immunologist at Yale School of Medicine and expert on respiratory viruses.

But most people still have no immunity to the novel coronavirus. It spreads opportunistically in all kinds of weather. Despite millions of infections and more than 184,000 deaths, most people in the United States remain susceptible.

“A pandemic virus is different, because most of us do not have prior immunity to this virus,” Foxman said. “That means it’s a lot more contagious than a typical virus that we get every year.”

There is a small body of evidence that a person who gets the virus acquires a limited amount of immunity. And there also are indications that some people can become infected a second time.

It’s possible that some people suffer minimal or no effects from the coronavirus because of exposure to other viruses, which prime the body’s immune system against pathogens generally. This is seen as one plausible explanation for the unusual percentage of people — the CDC estimates 40 percent — who become infected with the novel coronavirus but are asymptomatic. But there still is no approved vaccine. Most experts do not expect one to be distributed, at least in any significant numbers, before the end of the year at the earliest, and broad distribution could take many months.

Meanwhile, the country’s health departments are reporting roughly 40,000 positive test results every day — more than double the number in May when many states began reopening after the first wave of infections. Epidemiologist Jeffrey Shaman of Columbia University said a good target for the entire country would be to drive transmission down to 500 infections a day. At that level, contact tracing and testing could keep outbreaks under control.

“The question is, is it going to spread out of control broadly?” Shaman said. “Are we going to get us down to 10,000 cases, then under 1,000, and then to my magical number of 500? The thing about this disease, it really spins out of control.”

Klein, the Hopkins epidemiologist, warns the fall wave is likely to be more intense than the peak in the spring. Maryland had 2,000 covid-19 patients in hospitals at its peak in April, he said, and his midrange scenario envisions twice that many hospitalized patients at the next peak.

At Hopkins, doctors are discussing what they call “Surge 2.0.” They are envisioning outbreaks that could potentially overwhelm hospitals with covid-19 patients. Even less-catastrophic surges could hamper other kinds of non-covid-19 medical care, said Lisa Lockerd Maragakis, an associate professor of medicine and infectious diseases.

“Even though we have had so many cases and we have had so many tragic deaths, we have the vast majority of people who are not immune to this virus,” Maragakis said. “Without a therapeutic or a vaccine, we are still in a position where the transmission of the virus depends heavily on our behaviors every day.”

That is a common refrain among those working around-the-clock to understand this pandemic.

“We are collectively in control of how many cases or deaths there are,” Marc Lipsitch, an epidemiologist at Harvard, said in an email. “Forecasts more than a month from now make sense only if they are conditional on how we behave.”

“People’s behavior is a dramatic determinant here,” said Christopher Murray, the director of IHME. “Look at what happened in Florida [after the spike in cases]. People got scared. They started wearing masks, they stopped going to bars.”

But the converse is also true: If people stop being vigilant, the virus bounces back.