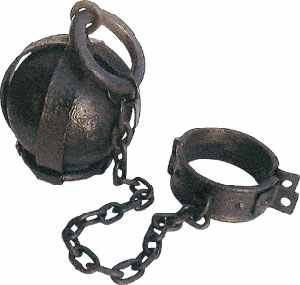 Terra Telecommunications Corp.’s former president, Joel Esquenazi, was sentenced to 15 years in prison for his role in a scheme to bribe officials at state- owned telecommunications company Haiti Teleco.

The sentence issued yesterday is the longest in a case involving the Foreign Corrupt Practices Act, the U.S. Justice Department said in a statement. The former executive vice president of Miami-based Terra, Carlos Rodriguez, 55, of Davie, Florida, was sentenced to seven years in prison, according to the statement. Esquenazi and Rodriguez were also ordered to forfeit $3.09 million, the Justice Department said.

Esquenazi, 52, of Miami, and Rodriguez laundered money and authorized bribes from November 2001 through March 2005 to successive directors of international relations at Haiti Teleco, the sole provider of land-line telephone service in Haiti, according to the statement.

The bribes were used to obtain advantages from Haitian officials for Terra, including preferred telecommunications rates, reductions in minutes for which payments were owed, and the continuance of Terra’s telecommunications connection with Haiti, according to the statement.

“This sentence — the longest sentence ever imposed in an FCPA case — is a stark reminder to executives that bribing government officials to secure business advantages is a serious crime with serious consequences,” Assistant Attorney General Lanny Breuer said.

Rodriguez’s lawyer, Arturo Hernandez, said in a phone interview he is “gratified” that Rodriquez wasn’t immediately sent to prison, giving him a chance to file a motion for a bond while his conviction is appealed.

Hernandez said the government’s case suffered from “scant” evidence. The appeal will be based in part on an argument that Haiti’s former Prime Minister Jean-Max Bellerive issued a statement defining Haiti Teleco as a private company, and as such, not subject to the prohibitions of the Foreign Corrupt Practices Act, Hernandez said.

To contact the reporter on this story: Joel Rosenblatt in San Francisco atjrosenblatt@bloomberg.net