Watchdog groups in Haiti on Wednesday condemned what they say has been a series of threats targeting the Caribbean nation’s small gay community.

Attorney Mario Joseph and gay rights advocate Charlot Jeudy told a news conference that people who are gay or lesbian should be able to live freely without being harassed or attacked.

Jeudy, president of a gay rights group named Kouraj, Haitian Creole for courage, said he recently received several threats, including a call from someone who told him to shut his mouth, or have it shut for him. The same caller threatened to burn down his home and office.

The news conference came three weeks after several Protestant leaders from a group calling itself the Haitian Coalition of Religious and Moral Organizations said on national television that they disagreed with recent laws in other countries supporting gay marriage. The group announced it would hold an anti-gay demonstration in the Haitian capital of Port-au-Prince on Friday, a gathering that worries rights leaders.

“Haitian society needs tolerance,” said Joseph, the lawyer. “Whatever sexual orientation you are, you have rights.” 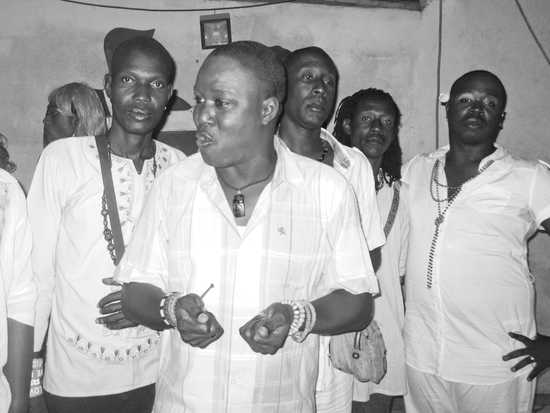 Haiti’s small gay and lesbian community has long remained largely underground because of a strong social stigma that sparks fears of physical violence and loss of employment.

Gay rights groups in Haiti say that members of the country’s lesbian, gay, bisexual and transgender community often don’t report rights violations to authorities out of fear of reprisal. Those people also have suffered overt discrimination from law enforcement and judicial authorities, particularly in Port-au-Prince, the U.S. State Department said in a 2012 report on human rights in Haiti.