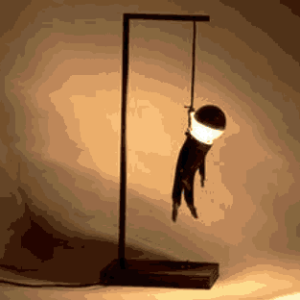 We have evidence to the effect that that paragon of integrity, Senator John Joel Joseph has been spreading money around the Carrefour area in order to create  chaos around the time of our scheduled school opening.

This murderer was placed in the Senate by Rene Preval and has acted as a divisive element in Haiti’s effort to follow a democratic course.

And then we have Jocelerme Privert, the guy who coordinated the La Scerie Massacre for Aristide, and now walks free, protected by his parliamentary immunity in company with the murderer Moise Jean-Charles.

John Joel Joseph was a close associate of Amaral Duclona, the Aristide/Preval hit-man who now resisides in French prison.

Senator Joseph was an important part of Operation Baghdad that saw more than 1,000 Haitians killed along with over 100 PNH officers.  Senator Joseph killed a number of people – personally. He is a hands on kind of guy.

Many elements are working to undermine Michel Martelly’s government. Garry Conille has arrived back in Haiti to assist with this project since he hopes to take an important position in whatever replacement governmental structure that may result.

Some suggest a triumvirate made up of Garry Conille, Michaelle Jean and Madame Mirlande Manigat.

It is time for the Haitian society to stop this ongoing effort to destabilize whoever sits in the palace. It is time for all of us to work together to make the next two years a success, so power can be passed via a well-coordinated electoral process.

It is time for the International Community, and some Haitians, to understand that elections cannot be effectively held before

November of 2014. To do otherwise will end up with another abortive electoral process and more unrest.

Give President Martelly the chance to hold a really meaningful, well-coordinated election, rather than one dictated by the requirements of the International Community.

5 thoughts on “ENOUGH IS ENOUGH !! THESE CONSTANT, STUPID ATTACKS ON THE MARTELLY GOVERNMENT BY MURDERERS AND THIEVES, HIDING BEHIND THEIR SENATE IMMUNITY MUST STOP.”