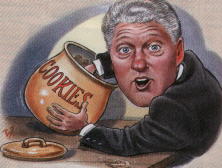 Washington D.C. – Congressman Eliot Engel, the Senior Democratic Member of the House Foreign Affairs Committee, delivered the following statement, as prepared for delivery, at the Full Committee hearing “Haiti: Is U.S. Aid Effective?”
“Mr. Chairman, I’d like to begin by thanking you for holding this hearing.  I have been focused on U.S. policy toward Haiti for many years, and I sincerely appreciate your willingness to bring this issue before the full Committee.
The January 2010 earthquake in Haiti focused world attention on the plight of that country in a new and different way.  The international community – and especially the United States —responded to the urgency and the sheer devastation with both generosity and determination.  Our post-earthquake assistance in Haiti currently stands as one of the most significant U.S. aid commitments in the world.
Even before the dust had settled from the aftermath of the earthquake, 150 donor countries and organizations rolled up their sleeves and, together with the government of Haiti, began to craft a rebuilding plan.  All agreed that this plan would not be business as usual – and that it would seek to have a sustained and unprecedented impact on the future of Haiti.  The US piece of that plan– after three plus years — is a central focus of this hearing.
Pursuant to a request by me and Congresswoman Ros-Lehtinen, the GAO issued a report in June of this year that reached some troubling conclusions.  This Committee dispatched a staff delegation to Haiti last month to dig deeper into these issues, and to help us set the stage for this hearing.
The GAO report is the most recent official statement on United States assistance to Haiti.  Today’s hearing will provide GAO, State and USAID an opportunity to update and clarify that information.
I will leave it to the GAO witness to summarize the conclusions of their report.  Suffice it to say that some of their findings came as a surprise to many of us in the Congress.  And it gave rise to some tough questions.
For example, the number of houses to be built with US assistance dropped from roughly 15,000 to 2,649. The estimated number of beneficiaries declined from roughly 80,000 to approximately 14,000.  A back of the envelope calculation tells us that the costs per unit have doubled and sometimes tripled.  We now know that the Haitian government prevailed upon US officials to build bigger and better housing.  The problem, of course, is that this benefitted a much smaller pool of people.  Even though this represented a dramatic change in the terms of reference for the expenditure of these funds, Congress was not consulted about the decision. Had we been consulted, would we have gone ahead with that plan?
And was it a good decision to devote a third or more of earthquake reconstruction funding to an industrial park, a power plant to run it, and possibly a new port to service it — in a part of the country that was largely unaffected by the earthquake?
In terms of process, the GAO report pointed out that that the administration has not always provided sufficiently detailed information that Congress needs to assess and evaluate our Haiti programs.  It is my hope that greater transparency in the administration’s execution of these programs – for us, and for the Haitian people – is among the changes that result from this oversight effort.
I will be submitting a series of questions for the record to begin to rebuild the reservoir of information on our Haiti programs.  In addition, we may call upon the GAO to conduct an additional study regarding our Haiti assistance.  Finally, we may look at streamlined reporting to Congress, such as that included in H.R. 1749, the Assessing Progress in Haiti Act, introduced by Rep. Barbara Lee.
Another issue I hope we can focus on today relates to how we partner with NGOs and the Haitian government on these programs.  On their recent trip, Committee staff learned that Haitian officials consistently express concern that U.S. aid largely circumvents the Haitian government.  Some say Haiti has become a ‘Republic of NGOs.’  The downside of operating this way is that we lose the opportunity to strengthen the capacity of the Haitian government and to increase the ‘ownership’ of the Haitian government and people.  That ownership is a critical ingredient in the sustainability of our assistance. I understand that there are significant accountability barriers here that must be overcome, but the Haitian government is the essential partner in this effort.
That said, I must be clear about the Haitian election issue that currently overhangs this entire effort.  Haitian Congressional and Municipal elections are two years overdue.  The Haitian Senate is operating with ten of its thirty seats vacant, and President Martelly is claiming that the terms of 10 other Senators end in 2014.  The donor community does not agree with this assessment, and I don’t either.  In any case, if that were to occur, the Haitian Congress would effectively be incapable of carrying out its legislative duties, and we would face the unacceptable prospect of President Martelly governing by decree.  This matter is already significantly affecting the patience of the donor community and I know it will greatly affect how the U.S. Congress approaches our assistance in Haiti. I call on President Martelly to find a quick, constitutional resolution to this matter and hold elections as soon as practicable.
The threshold question we need to ask today is not whether we are on track to rebuild Haiti to a pre-earthquake standard, but rather if we are helping to build Haiti back better.  I hope very much that in 2015, when we reach the 5 year anniversary of our post-earthquake assistance program, we can answer that question in the affirmative.
Mr. Chairman, thank you again for holding this hearing.   I look forward to the testimony of our witnesses.”
_______________________________________________________________

I hope the committee takes a close look at President Bill Clinton’s part in this unfortunate fiasco. Some, in Haiti, suggest be benefited financially from the Nation’s disaster.

Let’s not blame the Haitians for any costly mistakes since they really had no say in how the money was spent.

Groups like Chemonics got massive project funding which saw large percentages absorbed offshore for corporate expenses and fees. The Red Cross collected hundreds of millions and did little, other than run a big PR campaign to show how much they were accomplishing when, in fact, it was little. Imagine the Red Cross proposing the construction of a huge luxury hotel, near the airport, with funds they raised.

And the industrial park was built on some of the most fertile land in Haiti, reducing the supply of food to a nation that already starves. Immediately next to where they built this White Elephant, is land that is useless for farming. They should have constructed the industrial estate there.

Slave wages, and bad conditions, the norm for Clinton’s Korean partner – who will benefit from this massive boodoggle, with do little to assist Haitians seek a better life.

Haiti made a lot of millionaires.

Few of these reside in Haiti.

Bill Clinton, and the Clinton Foundation/Fund or whatever it is called, must be investigated fully. Their gross waste of funds, collected for Haiti, is criminal. On top of that, many Haitians believe that Bill Clinton took a lot of cash from the disaster. Some suggest he owns several thousand acres of the St. Marc Road. These will be used to create another industrial estate – or so the rumor goes.

In Haiti there are no secrets and this rumor is a strong one.

Haiti was effectively raped by the International Community.

The most lasting reminder, other than tens of thousands who remain homeless, is the cholera gift provided by MINUSTAH.