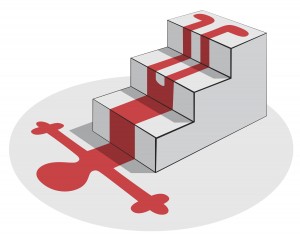 It’s been more than three weeks since the Brandt’s case was brought out into the open, yet the head of the state has steadfastly refrained from making any public statement at a time when, traumatized by the numerous kidnappings that have impacted Haitian families since 2004, the people want to hear words of comfort —but also of encouragement – from the President of the Republic. This is the least we can expect in any civilized society where the rule of law prevails and where leaders show a minimum of civic and republican decency. The public forces, which carried out this important operation, even unintentionally, and the entire country too long kept hostage by bandits, need encouragement and inspiration from the highest authority in the land. Michel Martelly’s obstinate silence puts him in a precarious situation with respect to his duties and moral integrity.

Undeniably, the storms that hit Haiti, pouring torrential rains over five departments which have claimed many victims, in addition to tens of millions of dollars in losses, in terms of crops destroyed and cattle swept away cause President Martelly to be incredibly busy. Although these disasters occurred almost consecutively to the arrest of Clifford Brandt and the announcement of the discovery of a network of kidnappers that he is alleged to be part of; and yet, the head of state has no excuse for keeping silence about this grave scandal. With this attitude, he gives the impression of not caring in the least about the victims of the bandits or of truly empathizing with the grief of parents, friends and allies of survivors. Such behavior only reinforces rumors sparked by Mr. Brandt’s arrest, and being persistently and systematically spread, in Haiti and abroad, indicating the presence of personalities close to National Palace in and among this gang, but also in the ranks of other criminal groups terrorizing peaceful citizens.

The whole country, as well as families and relatives of victims of abduction, in addition to foreign citizens equally so victimized, fled Haiti to take up residence elsewhere in order to escape the trauma caused by this phenomenon. They are all looking forward to Present Martelly’s public intervention concerning this affair. They’re strongly wishing the first citizen to shoulder the entire responsibilities for his action and live up to what a minimum of decency dictates. Obviously, no one can deny the harm the kidnapping phenomenon caused to citizens: thousands of bereaved families, of orphaned children, and husbands and wives deprived of the affection of their beloved. The real enemies of private investment in Haiti are the criminals who kidnap for ransom and who sow death and mourning regardless of race and class, in Haiti and in the Diaspora; among youth as well as among older people, sparing neither academics
nor intellectuals; including in the world of the disadvantaged and the middle class. On behalf of all these categories, it’s the absolute responsibility of the president to address the Clifford Brandt issue.

When the chief of security for the Presidential Palace, namely the head of the CAT brigade, is said to be involved in the Brandt case, and the names of other persons closely linked to the presidency are imputed to be involved in the underworld, the head of state should have no interest in keeping silent. Unless, as some insist on repeating, President Martelly hesitates to speak, because he is afraid that by so doing, it may raise even more embarrassing questions; and then he would run the risk of being irreparably accused of at least harboring criminals. Contrary to what Mr. Martelly may think, his continuing retreat into complete silence in the hope that rumors of all kinds peddled against members of his entourage will eventually stop, before dieing entirely, is a huge mistake with incalculable and most ominous consequences.

Indeed, the negative rouse going around the Haitian capital about the president and his men will certainly aggravate the cries of protest launched against Michel Martelly and close associates who had, or are still having trouble with the Haitian justice, otherwise who have criminal records that render them unfit to perform the functions to which they are named by the head of the Haitian state. In the same vein, some have questioned Mr. Martelly action whereby he continues to call himself an apostle of change while he attracts so many characters of dubious reputation. As such, he proudly finds himself in the same boat with his immediate predecessors.

For example, among the closest allies of Jean-Bertrand Aristide accused of drug trafficking by the Americans, and who went to prison in the United States, is found a former General Director of the Haitian National Police, Jean Nesly Lucien; as well as a former Chief of Security of the National Palace, Oriel Jean. Like René Préval, Martelly appointed Samba Boukman, foot soldier in the terrorist army of Operation Baghdad, to a major administrative function. But it’s especially through Mr. Préval’s harboring Amaral Duclona, chief of Cité Soleil gang wanted by the police, at the National Palace and the residence of his sister, Marie Claude Calvin Préval, which reveals the “rogue” nature of this Haitian president. Should Michel Martelly’s forecast debacle follow Aristide’s model, there’s no way to predict how many of his close associates may end up in jail, either in Haiti or elsewhere.

In light of available data, several close associates and personal friends of the Haitian president are involved in illegal activities.
Maybe it’s time for Michel Martelly to make the decision which the
law requires in the Brandt case. To the extent, of course, that he had not acted without taking the time to think out his dealing with assistants reported being on the wrong side of the law. In such a case, it’s impossible to predict what fate is reserved for Sweet Mickey.

1 thought on “EDITORIAL – Haiti Observateur in the Brandt’s case, Martelly and his team are in a precarious situation”