When contacted, she could not give a coherent answer.

She said she would have to check.

Probably check with her husband who seems to have filed her resignation without her knowledge. He is also rumored to be the one who actually runs the ministry. He is rumored to like a few drinks and may have done this after a few glasses of clairin.

Her husband, Jude Lherrison was a Jude Celestin supporter who tried to burn buildings, in Petionville, and had his gang smash car windows, as people celebrated the presidential victory of Michel Martelly. 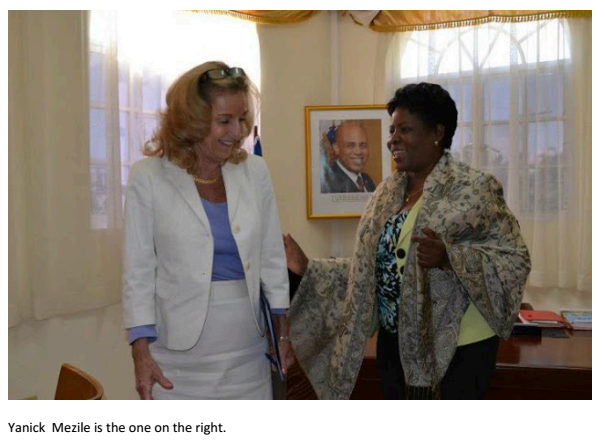 Immediately following Michel Martelly’s presidential win, Lherrison – and his gang of Chimere – attacked many  businesses in Petion-Ville, setting fire to some and breaking windows, in others. Many cars had their windows smashed.

One must realize that Lherrison is the one who really runs the ministry, not his wife.

Talk about THE ENEMY WITHIN.   This could well be a planned move to destabilize the Martelly/Lamothe government, in concert with other anti-government groups.