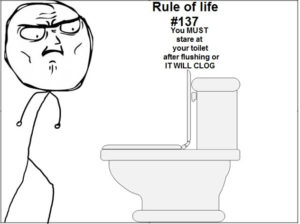 Former Haitian President Jean-Bertrand Aristide, who was put under house arrest as part of an ongoing criminal investigation into corruption and drug trafficking allegations, is expected to get some moral support Tuesday.

A group of opposition leaders and senators opposed to a political accord the international community had hoped would lead to elections this year, say they plan to visit the former priest-turned-twice deposed president despite a judge’s order requiring visitors to seek approval before entering Aristide’s gated compound on the outskirts of Port-au-Prince.

“There is no such thing as house arrest under Haitian law,” said opposition Sen. Jean Baptiste Bien-Aime, who plans to join the delegation.

Aristide was ordered to stay put last week by investigative Judge Lamarre Bélizaire who is reviewing allegations that he and his associates stole millions from the Haitian treasury and pocketed kickbacks from drug traffickers between 2001 and 2004. Days later, police officers assigned to Aristide were recalled without explanation.

The actions were the latest in a series of moves by Bélizaire. They have perplexed and outraged Aristide supporters, including U.S. Rep. Maxine Waters, D-Calif., who is calling on Secretary of State John Kerry to intervene “to avoid an unnecessary and dangerous confrontation and ensure that chaos does not ensure in Haiti.”

“No one should want a confrontation between President Aristide’s supporters and the police,” Waters wrote to Kerry, whose office has yet to respond. “I fear that a dangerous situation may be developing that could lead to a loss of life and further political instability in Haiti.”

Waters, a long-time Aristide supporter, told the Miami Herald that she is “really concerned” about Aristide’s safety.

“He is at risk down there,” she said, noting that she has been fielding calls from equally concerned individuals such as the Rev. Jesse Jackson and soon plans to mount a letter-writing campaign. “I don’t understand the legality of what’s being done and a lot of people don’t understand it. Where is Bélizaire getting his orders from? What gives him the authority to do this? How does Bélizaire, a judge, have the ability to reach over into the police and remove police from security operations? We just don’t understand this.”

Equally confused Haitians say they believe the Aristide saga might be an attempt to test his popularity while some supporters say it’s a way of preventing his political party, Fanmi Lavalas, from staging a comeback. Martelly’s government has not commented on Aristide’s case but has said that it will not interfere in the work of the judiciary.

The house arrest and police removal came the same week in which Haiti’s lower chamber recessed without approving an electoral law, and Samantha Power, the U.S. Ambassador to the United Nations, accused the six opposition senators of blocking political progress.

“A group of six senators seems intent on holding elections hostage to partisan concerns, even going so far as to prevent a debate on the electoral law,” Power said during a U.N. Security Council meeting on Haiti.

“Legislators in a democracy have a responsibility to defend their constituents’ rights,” Power said. “But when elected officials take advantage of democracy’s checks and balances to cynically block debate and elections altogether, they stand in the way of addressing citizens’ real needs.”

Power’s strong statement immediately drew rebuke in Port-au-Prince from the senators and other opposition leaders, who said her characterization of Haiti’s complex deepening political crisis was unjust and misinformed.

“We are not obstructionist. We are a group of senators who are defending the Haitian constitution,” said opposition Sen. Francky Exius.

“For three years, he refused to call elections. A large part of this is his fault,” said Manigat, a constitution expert who lost to Martelly in the 2011 presidential runoff. “It is unfair to accuse the six senators for the crisis.”

Manigat’s party is among several that are also refusing to acknowledge the political agreement known as the El Rancho accord. The group has also taken issue with how the nine-member provisional electoral council was formed, saying it doesn’t instill confidence.

Ahead of the U.N. Security Council meeting, Martelly’s spokesman announced that the president was ready to resume talks with opposition parties, civil society and the six senators over elections. But so far, opposition leaders say, no talks have been scheduled.

Sandra Honoré, U.N. Secretary General Ban Ki-moon’s special representative to Haiti, told Power and other council members that “given the need for logistic preparations, the window for holding the elections before the end of the year is now rapidly closing.”

“This is particularly worrisome since without elections, parliament would be rendered dysfunctional on 12 January, thereby creating an institutional vacuum until elections are held and a new Legislature is installed,” she said.

Ban’s report to the council noted that Bélizaire’s efforts to question Aristide had erupted into controversy, starting with an Aug. 13 warrant for Aristide to be brought to court after he failed to show.

Aristide’s lawyers have said the warrant wasn’t properly served. Haiti’s leading human rights group, the National Human Rights Defense Network, has noted that while no one is above the law, it is concerned by “the arbitrary ways” in which Bélizaire has decided to pursue the case. His “actions defy logic,” it said in a statement.

For instance, when Haitian lawyers sought house arrest for former dictator Jean-Claude “Baby Doc” Duvalier in his legal case, they were told it doesn’t exist, allowing him to leave home at will.

“Today, they are trying to create a crisis to hide all of the problems in the country like the hunger and the misery that are ravaging the population … and the elections that they haven’t done since 2011 and won’t do this year,” said Aristide’s spokeswoman, Dr. Maryse Narcisse.

These Lavalas senators may get their wish, although they really don’t understand what their comments may lead to.

So, there is no “house arrest” in th Haitian legal system?  This must be followed by a simple solution. Lock Aristide up at the Croix des Bouquets PNH unit with Clifford Brandt, and other suspects.

Aristide’s crimes are much worse, and on a wider scale, than anyone else now locked up awaiting trial.

House Arrest has been a special arrangement for Aristide.

We are personally against this.

Aristide should be locked up without his cell phone, Internet and Have limited visor privileges. This is supposed to be a Democracy. Let us treat Aristide Democratically.

Throw Aristide in jail where he belongs.