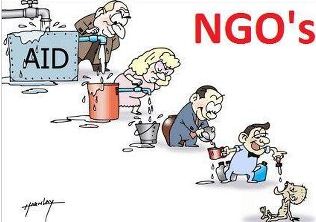 The Miami Democrat, elected to the Senate last year after serving six years in the House, announced the appointment Monday. It was made by state Rep. Kionne McGhee, a Democrat who leads the Miami-Dade County Legislative Delegation.

The task force is an organization formed to “advocate on behalf of tens of thousands of Haitian refugees in Florida who fled their native country but now face deportation in the near future,” according to a Senate Democratic Caucus news release.

Campbell seeks for “Haitians and other refugees (to) receive permanent residence,” she said.

“Her selection comes on the heels of the decision rendered by the Trump Administration last month regarding Haiti’s Temporary Protected Status,” it adds.

Such status is a “form of temporary permission” to be in the United States, shielding Haitian nationals from deportation, The Washington Post explained.

“Since the 2010 earthquake, the number of displaced people in Haiti has decreased by 97 percent,” the Department of Homeland Security said in a statement.

“Significant steps have been taken to improve the stability and quality of life for Haitian citizens, and Haiti is able to safely receive traditional levels of returned citizens,” it said. “Haiti has also demonstrated a commitment to adequately prepare for when the country’s TPS designation is terminated.”

Campbell — born in Cap-Haïtien, Haiti, and moved to Florida in 1981 — has filed nonbinding legislation urging the feds to continue the status and she met with a host of appointed and elected federal officials.

“Campbell advocated that Haiti TPS be extended for an additional 18 months as it was scheduled to expire on January 22, 2018, causing some 60,000 Haitians to be forcibly returned back to Haiti,” the release said.

“Despite multiple campaign promises that he would be their ‘biggest champion,’ President Trump’s administration agreed to allow them to remain in the (United States) only until July 22, 2019.”