The risk of nasty side effects in the Moderna and Oxford trials should be made clear now, before it ends up as fodder for the skeptics. 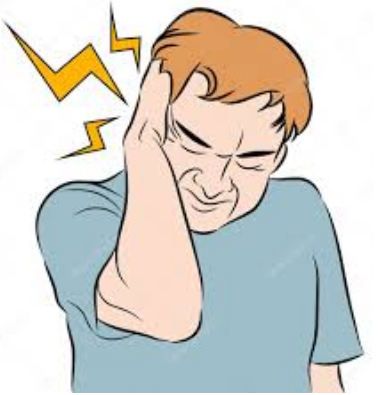 More good news on progress toward an escape route from this pandemic: On Monday, vaccine researchers from Oxford University and the pharmaceutical company AstraZeneca announced results from a “Phase I/II trial,” suggesting their product might be able to generate immunity without causing serious harm. Similar, but smaller-scale results, were postedjust last week for another candidate vaccine produced by the biotech firm Moderna, in collaboration with the US National Institutes of Health.

As both these groups and others push ahead into the final phase of testing, it’s vital that the public has a clear and balanced understanding of this work—one that cuts through all the marketing and hype. But we’re not off to a good start. The evidence so far suggests that we’re getting blinkered by these groups’ PR, and so seduced by stories of their amazing speed that we’re losing track of everything else. In particular, neither the mainstream media nor the medical press has given much attention to the two vaccines’ potential downsides—in particular, their risk of nasty adverse effects, even if they’re not life-threatening. This sort of puffery doesn’t only help to build a false impression; it may also dry the tinder for the future spread of vaccine fearmongering.

If journalists don’t start asking tougher questions, this will become the perfect setup for anti-vaccine messaging: Here’s what they forgot to tell you about the risks …

Back in May, a CNN report described the Oxford group as being “the most aggressive in painting the rosiest picture” of its product, so let’s start with them. Just how rosy is the Oxford picture really? It’s certainly true that this week’s news shows the vaccine has the potential to provide protection from Covid-19. But there are flies in the ointment. After the first clinical trial for this vaccine began in April, for example, the researchers added new study arms in which people got acetaminophen every six hours for 24 hours after the injection. That’s not featured in their marketing, of course, and I saw no discussion of this unusual step in media coverage in early summer. Newspapers only said the vaccine had been proven “safe with rhesus monkeys,” and did not cause any adverse effects in those animal tests. It was a worrying signal though: How rough a ride were people having with this vaccine? Was the acetaminophen meant to keep down fever, headaches, malaise—or all of the above?

The Oxford group is also giving acetaminophen to participants in an advanced, phase III trial now underway in Brazil too. In another major study of the vaccine, involving 10,000 people in the UK, you can’t participate if you have an allergy or condition that could be made worse with acetaminophen. No mention of the extra drug, though, in the same group’s trial in South Africa.

Journalists could have pressed them on this issue months ago. The first people to get vaccines are carefully picked to be the least likely to have a negative reaction. If the Oxford vaccine is knocking them around badly, it might not bode well for the rest of us. Don’t get me wrong: A day or two of pain or illness wouldn’t deter me from getting an effective Covid-19 vaccine. But I think we need to be prepared if that’s going to be the case.

The press release for Monday’s publication of results from the Oxford vaccine trials described an increased frequency of “minor side effects” among participants. A look at the actual paper, though, reveals this to be a marketing spin that has since been parroted in media reports. (The phrases “minor side effects” or “only minor side effects” appeared in writeups from The New York Times, The Wall Street Journal and Reuters, among other outlets.) Yes, mild reactions were far more common than worse ones. But moderate or severe harms—defined as being bad enough to interfere with daily life or needing medical care—were common too. Around one-third of people vaccinated with the Covid-19 vaccine without acetaminophen experienced moderate or severe chills, fatigue, headache, malaise, and/or feverishness. Close to 10 percent had a fever of at least 100.4 degrees, and just over one-fourth developed moderate or severe muscle aches. That’s a lot, in a young and healthy group of people—and the acetaminophen didn’t help much for most of those problems. The paper’s authors designated the vaccine as “acceptable” and “tolerated,” but we don’t yet know how acceptable this will be to most people. If journalists don’t start asking tougher questions, this will become the perfect setup for anti-vaccine messaging: Here’s what they forgot to tell you about the risks …

There is another red flag. Clinical trials for other Covid-19 vaccines have placebo groups, where participants receive saline injections. Only one of the Oxford vaccine trials is taking this approach, however; the others instead compare the experimental treatment to an injected meningococcal vaccine. There can be good reasons to do this: Non-placebo injections may mimic telltale signs that you’ve received an active vaccine, such as a skin reaction, making the trial more truly “blind.” But their use also opens the door to doubt-sowing claims that any harms of the new vaccine are getting buried among the harms already caused by the control-group, “old” vaccines.

Coverage of the Moderna vaccine reflects a different kind of pharma spin: the drip-feeding of selective data via press release. On May 18, Moderna put out some patchy, positive findings on interim outcomes from their first-in-human trial. The company followed that up with a stock offering—and company executives sold off nearly $30 million in shares into the feeding frenzy their press release created.

With last week’s paper from Moderna, results from that same group of people finally had their formal publication. At the same time, the group registered a 30,000-person phase III clinical trial, specifying a pair of 100-microgram injections of the Covid-19 vaccine. According to the press release from May, there were no serious adverse events for the people in that particular dosage group. But last week’s paper shows the full results: By the time they’d had two doses, every single one was showing signs of headaches, chills, or fatigue, and for at least 80 percent, this could have been enough to interfere with their normal activities. A participant who had a severe reaction to a particularly high dose has talked in detail about how bad it was: If reactions even half as bad as this were to be common for some of these vaccines, they will be hard sells once they reach the community—and there could be a lot of people who are reluctant to get the second injection.

There is already a high level of misinformation and distrust about fast-tracked Covid-19 vaccines in the American community. This week, a new preprint from Kin On Kwok and colleagues found that even a sizable proportion of nurses in Hong Kong would be hesitant to take one. We may have a vaccine soon, say the authors of that paper, but “communities are not ready to accept it.” It won’t help to overcome this skepticism if notable evidence of harms keeps getting pushed off to the side. It’s much better to be straight up about what it’s really like to take one of these vaccines. Why would anyone trust the experts otherwise?