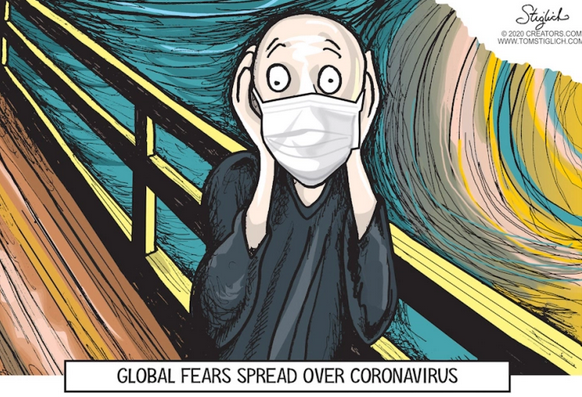 Coronavirus cases have been going up sharply in Latin America, although there are signs that the numbers of new cases may be beginning to drop in some countries.
Brazil has had more than 4.5 million confirmed cases – the third highest tally in the world after the US and India – and has had the most deaths after the US.
Mexico, Argentina, Colombia and Peru have also had major outbreaks, and are in the top 10 countries with the most confirmed cases.

Daily case numbers surged from May onwards, as they began to fall in European countries badly hit by the virus, like the UK, France and Italy.
Latin America is now the worst-hit region in the world, along with Asia.
The WHO says weekly numbers of reported cases have started dropping in some nations, but points out that Argentina and some Caribbean nations still seeing rising numbers of new cases.
Argentina, despite an early and strict lockdown, is seeing rapidly rising numbers, with new cases above 10,000 for most days since the end of August.
In Brazil, daily case numbers have been fluctuating, but they are now down from a peak of more than 69,000 recorded in a single day at the end of July.
In Mexico and Colombia, daily reported cases numbers have started dropping. Peru, which saw a resurgence in cases in August, is also seeing decreasing numbers.
The Pan-American Health Organization (PAHO) says that only a “consistent decrease in daily cases” would show if a region or country has passed the peak for infections.
It has also pointed out that within particular countries, some areas are seeing dramatic surges in case numbers, for example areas of Colombia which border Venezuela.
And overall daily case numbers can be sometimes be affected by changes in the amount or type of testing being done.
“It is important to keep in mind that many cases can go undetected and numbers must therefore be interpreted with caution,” a PAHO spokesperson told the BBC.

How big is the epidemic in Latin America?

The region as a whole had seen more than 8.8 million cases and more than 325,000 deaths, as of 22 September.
The two most populous nations, Brazil and Mexico, have seen the highest number of deaths – more than 137,000 and 73,000 respectively, according to the latest data from Johns Hopkins University.
Brazil has the second highest death toll in the world, after the US.
Peru has had more than 31,000 confirmed deaths. And Colombia has recorded more than 24,000 confirmed deaths.
However, the WHO notes that the numbers of deaths in region are on the decline, largely because of decreases in Colombia, Mexico, Ecuador and Bolivia.
It’s worth remembering that in addition to cases, deaths may also be under-reported, and that countries record deaths in different ways, making it hard to compare like for like.

How much testing has been done?

Chile has one of Latin America’s highest rates of testing – it had done more than 158 tests per 1,000 people as of 20 September.
And Colombia had done more than 60 tests per 1,000 people by 19 September.
But testing in many countries has been well below some other parts of the world, according to the most recent figures compiled by Our World in Data, a UK-based project which collates Covid-19 information.
Mexico has tested just over 11 people for every 1,000 as of 14 September, and Brazil had tested just over 27 in every 1,000 as of 12 September (the latest data available) – compared with more than 311 per 1,000 in the US (as of 17 September).
And of the tests these countries are doing, very high proportions are turning out to be positive, suggesting that they are not testing widely enough to find all cases.
For example, Colombia has been finding a positive case after only every three to four tests, and Argentina and Mexico after between one and three tests.
In fact, the WHO points out that in recent weeks, the percentage of coronavirus tests in Argentina coming back positive has exceeded 40%.