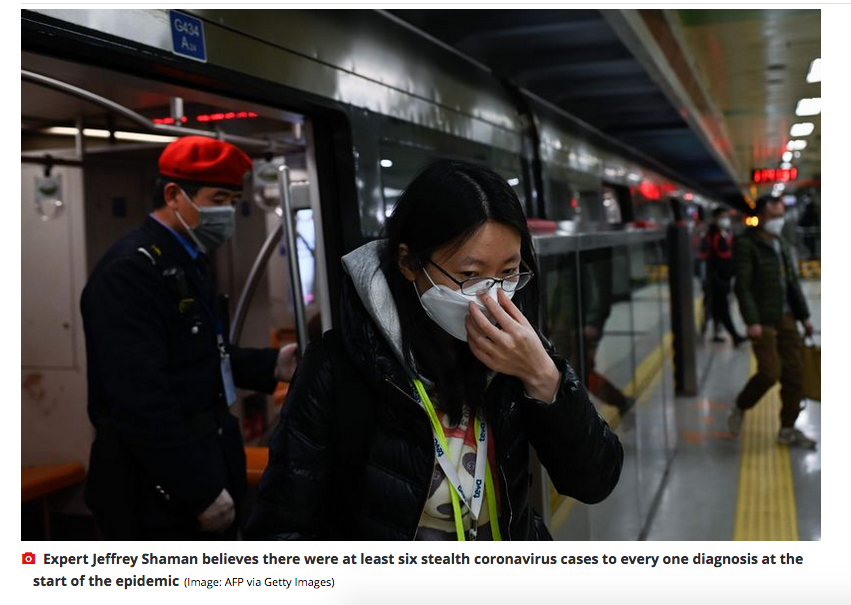 In a new report, infectious disease expert Jeffrey Shaman believes there were at least half a dozen stealth coronavirus cases to every one diagnosis at the start of the epidemic

Infectious-disease expert Jeffrey Shaman believes the actual number of contaminated worldwide is far greater than reports, estimating a million people may have been infected.

The environmental health sciences professor at Columbia University who co-wrote the study published on Monday said social distancing is a must in order to combat seemingly healthy people spreading the virus.

The study in Science journal, which used epidemiological research and mobile phone data, suggests there were half a dozen undocumented infections for every one confirmed case in Wuhan at the start of the epidemic, reports the Washington Post.

The spread of Covid-19 peaked in China in just a few weeks but it was only after travel restrictions were imposed and testing dramatically increased on January 23 that undocumented cases became more apparent, the report continues.

Prof Shaman said this flip in the ratios meant about 60 per cent of carriers were confirmed – but fast forward to now and new daily cases have significantly dropped from thousands to tens.

The study says a “radical increase in the identification and isolation of currently undocumented infections would be needed to fully control” the novel coronavirus.

People in the UK, meanwhile, have been told to avoid pubs, clubs and restaurants and work from home wherever possible to slow the spread of coronavirus which has now claimed 55 lives in the UK.

Prime Minister Boris Johnson said at a press conference yesterday urged everyone to “stop non-essential contact and to stop all non-essential travel”.

The PM said London appeared to be “a few weeks ahead” of other areas and urged people in the capital to pay special attention to the measures – including home working – suggested by the Government.