Congresswoman Maxine Waters (CA-43) recently led a delegation to Haiti, which included actor, director and activist Danny Glover; journalist Margaret Prescod of Sojourner Truth Radio in Los Angeles; civil rights lawyer Walter Riley; Haitian diaspora leader Pierre Labossiere; and human rights lawyer Brian Concannon of the Institute for Justice & Democracy in Haiti. Congresswoman Waters and her delegation traveled to Haiti to visit the University of the Aristide Foundation (UNIFA) and was inspired by students of the university, which was founded by the Aristide Foundation. 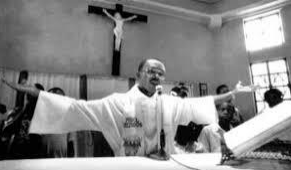 “Seeing 2,000 students preparing to serve Haiti by studying to be the doctors, nurses, and lawyers of the future is a profound source of hope,” said Congresswoman Waters. She told the UNIFA students in an address to them that “UNIFA is not just an education. It is the realization of the Aristides’ dream for a new Haiti.”

The Congresswoman’s delegation also visited the construction site of the future UNIFA teaching hospital. When completed, the hospital will provide modern training facilities for the UNIFA nursing and medical students, as well as healthcare for some of the millions of Haitians without access to basic health services. The delegates promised to support efforts to complete hospital construction.

Mildred Trouillot Aristide, an attorney and member of the UNIFA Board of Administration, explained, “A university hospital is a critical and integral part of training university students in the health sciences sector. UNIFA must have its own teaching hospital. Every year tens of thousands of talented students graduate high school in Haiti but have no place available at a university. UNIFA must be able to fully meet the needs of these aspiring students.”

In addition to visiting the university and the construction site of the future UNIFA teaching hospital, the delegation was given a briefing by U.S. Ambassador Michele Sison and her staff. 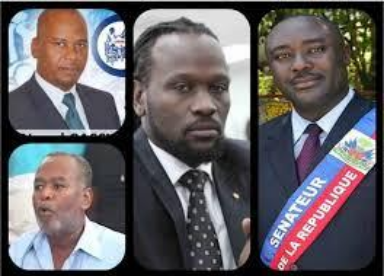 While in Haiti, the delegation was given deeply troubling accounts of politically motivated attacks in La Saline and nearby neighborhoods. The delegation then met with residents of La Saline, Cité Tokyo and Cité Vincent, who described a series of brutal attacks in their communities over the past six months, carried out by alleged government-connected gangs and police officers. Human rights groups researching these attacks claim to have documented over 70 extrajudicial executions, as well as multiple assaults, arsons and rapes. Victims, human rights groups and journalists also claim that the attacks were organized by Haiti’s government in order to punish those neighborhoods for organizing protests against government corruption and brutality.

Congresswoman Waters said she was “appalled and shocked” at the killings and promised to engage with her colleagues in Congress to use “whatever leverage and power we have to help make the violence cease because this is not conscionable and not tolerable.” She noted that the U.S. “contributes substantial financial support to Haiti,” and that “we do not want to see that aid abused or misused.”

Journalist Margaret Prescod, who had previously investigated the attacks in La Saline, added “As a mother and a campaigner on women’s rights, it was heartbreaking to hear the victims describe the killings of their children and spouses, and the burning of their homes with everything they own inside. We need to support their demands for justice and compensation for their community, the release of an arrested community leader, the resignation of the current government, the return of stolen PetroCaribe money and a true democracy for their beloved country.”

Human rights lawyer Brian Concannon, who has worked on political violence cases in Haiti for 24 years, noted the similarity between the La Saline massacre and other prominent attacks, including the 1987 attack on the St. Jean Bosco church in La Saline, attacks by the Duvalier dictatorship ( DUVALIER LEFT OVER 30 YEARS AGO – CONCANNON CLAIMS 24 YEAR INVOLVEMENT) and the 1994 Raboteau massacre. “With the Ton-Ton Macoutes, FRAPH and now the violent groups under the Moïse administration, the motives have been the same—silencing calls for justice and democracy—as have the brutal methods. If we do not assure justice for La Saline now, there will be more victims.”

Following Congresswoman Waters’ visit to Haiti, a group of current and former Haitian parliamentarians requested a meeting with the Congresswoman and other members of the Congressional Black Caucus. In that meeting, which took place on May 2nd in Washington, DC, the Haitian parliamentarians confirmed the human rights organizations’ account of the extrajudicial executions and gang attacks on the Haitians in La Saline. 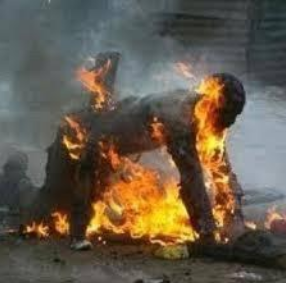 Congresswoman Waters and other members of the Congressional Black Caucus vowed to do everything possible to pursue justice for those Haitians whose houses were burned down and whose relatives and neighbors were killed in the attacks in La Saline.

Waters, and her team, met in Washington with the cream of the Haitian cocaine traffickers, in the persona of Senators Beauplan, Don Kato, Nenel Cassy and Pierre. These Lavalas Senators created the Senate Report on Petro Caribe that managed to leave out a few small sums, including the $198,000,000 stolen by Preval, the nearly $200,000,000 gobbled up by the Senate and Chamber of Deputies, plus the $50,000 per month siphoned off by Senator Beauplan, and his mistress, from cash rentals of carts at the international Airport.

And there’s the Robateau Massacre, which never happened.

But the forget the La Scerie Massacre, as Aristide departed in 2004, which did happen. 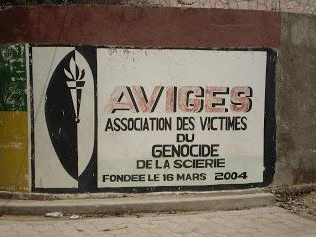 Selective memories by badly biased people who do real damage to the Haitian people by peddling a continuous stream of lies.

Some cynics suggest Waters has received millions, over the years, for her support of Aristide/Lavalas.

Or is she just stupid?