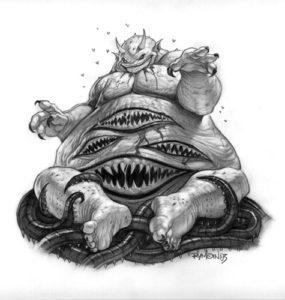 Concerned about the slow disbursement of U.S. dollars in Haiti and problems with projects, U.S. lawmakers pass legislation giving them more oversight.

Nearly five years after a devastating earthquake nearly flatten Haiti’s capital, the U.S. Congress on Friday passed legislation aimed at shedding light on how U.S. funds are used in the country’s reconstruction efforts.

The Assessing Progress in Haiti Act of 2014 requires the U.S. Secretary of State to submit to Congress a report on the status of post-earthquake recovery and development projects in Haiti, using U.S. taxpayers’ dollars, no later than Dec. 31, 2014 and annually thereafter through Dec. 31, 2017.

The measure was sponsored by U.S. Sen. Bill Nelson, D-Florida, who like many have expressed concerns about the lack of transparency in U.S. government funded projects, and the slow disbursement of aid in Haiti where the quake killed more than 300,000, and left 1.5 million homeless and an equal number injured.

The new legislation is being applauded by several groups including the American Jewish World Service (AJWS), which provides direct financial support to grassroots organizations in Haiti.

“In the wake of the devastating earthquake in Haiti, our government laudably committed a significant amount of aid to help Haiti rebuild, but a lack of transparency made it difficult to understand how U.S. government funds were being used and if recovery efforts were making progress and were being measured,” said Ruth Messinger, president of AJWS.

Messinger said she believes that the “legislation embodies a new commitment to transparency, accountability, and good governance.”

In the wake of the quake, the U.S. and others in the international community pledged more than $10 billion over 10 years. Pledges, however, been slow to materialize. For example, the U.S. Government Accountability Office has noted that as of June 30, 2013, the U.S. Agency for International Development had disbursed just 31 percent of its reconstruction funds in Haiti. Congress, the GAO said, had not been provided with sufficient information to ensure effective oversight of the projects.

The GAO also has been highly critical of USAID-funded projects in Haiti, from cost overruns and lax oversight with housing construction to the slow pace of the construction of Haiti’s largest public hospital in Port-au-Prince. One report also noted that a new modern seaport to support a new $300 million industrial park in the country’s northern corridor was two years behind schedule and U.S. government funding will be insufficient to cover the costs.

But U.S. lawmakers also noted that donors in general have encountered “significant challenges” in helping Haiti with its recovery even as the government highlights the post-quake progress.

Although more than 90 percent of the displaced has left the camps, there are still an estimated 103,565 people living in 172 camps scattered around metropolitan Port-au-Prince, the International Organization for Migration said. The thousands of new homes that many envisioned after the disaster never materialized, forcing most quake victims to return to existing housing with the help of a Haitian government rental subsidy program financed by international donors.

U.S. lawmakers noted in the legislation that they remain concern about Haiti, and its slow progress.

“Unemployment remains high, corruption is rampant, land rights remain elusive, allegations of wage violations are widespread, the business climate is unfavorable, and government capacity remains weak,” the legislation said. “The legal environment in Haiti remains a challenge to achieving the goals supported by the international community.”

A little late to do any good.

The billions of dollars are gone and many have made fortunes, including Bill Clinton and his team of bandits.

Haiti is pretty well in the same situation it was immediately after the earthquake. Some of the debris has been cleaned up but many, many people are still homeless.